What Causes Depression? Understanding the mechanism behind depression from the new-dimensional viewpoint 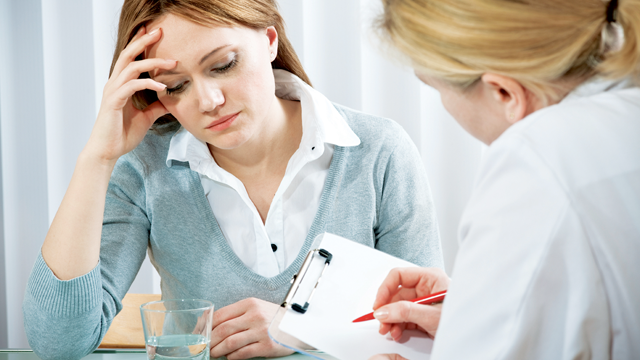 Depression is a mental illness that anyone can develop, and it is one of the most common diseases in developed countries. As anxiety and instability grow in society, the number of people who suffer depression seems to increase. There is a prediction that depression will be the most prevalent illness worldwide within the next 20 years. Although it is regarded as curable, the reality is that the pathogenic mechanism behind depression has not been clarified, and theories that try to explain the illness biologically or psychologically are woefully inadequate. Complication the situation is the fact that, many people who have depression do not even notice until their symptoms have become advanced.

Here is an example of a woman, Ms. K, who severely suffered both mentally and physically from depression but was able to fully recover from the painful condition when she applied the MIROSS system to understand the true reason she had fallen into such a state.

Ms. K was born to a traditional family who owned and ran a Japanese-style hotel. She was the last of three children, having an older brother and sister. As she grew up in this unusual environment, with a hotel, as her own home, she was always aware of other people watching her. She might meet hotel guests even if she was just a single step outside of her room. So even when she walked along the corridor to the restroom, she did so as if hiding herself since she always felt nervous.

As her parents were always busy servicing the guests, she felt like she had been left alone in a place where there were only adults. This made her wonder what she could do to attract the attention of others and be acknowledged and praised by them.

She made more and more effort to attract the attention of her parents and other adults, eager for praise such as “I’m proud of you,” “Good girl,” and “You are wonderful!”

She also aimed at being an A-student and was always class president to make her presence noticed. At the same time, she didn’t feel validated unless she received positive feedback.

“If I’m not an A-student, I’m worthless”—this was a strong assumption engraved on Ms. K’s unconscious mind. She used her low self-esteem as a driving force to become and then be recognized as an A-student. She was excessively conscious of how others viewed her and tried to act based accordingly, thinking, “I’m not supposed to do this” or “They will praise me if I do that”.

She kept on working hard at home and at school so that she could be approved by both her parents and her teachers. It was true that she was happy when praised by others, but she felt cramped deep inside. The harder she worked, the more trapped she felt. Before long, she thought, “My life is like this because of my family.”

It was exactly at this time that she was presented with an opportunity to get married.

“Oh, I can be free! If I leave home, I’m finally released from this suffocating life!”

She had great hopes for her married life.

However, once she got married, the reality bitterly disappointed her. Even if one’s environment changes, the information etched in his/her unconscious ego remains as it is. Just as she considered herself worthless unless she was an A-student, she considered herself worthless unless she was a good wife, a good daughter-in-law, and a good mother. This is because her fundamental issue of low self-esteem had not changed.

She always tried to read her husband’s face and made an effort to have her parents-in-law like her, thinking, “What should I do to get approval?” Moreover, as she was not satisfied with the title of “wife” only, she began to attend culture lessons and schools to obtain various certifications and social recognition after her son started kindergarten.

She was diligent and intelligent, soon succeeding in not only achieving greater qualifications but also becoming a teacher of these courses. However, no matter how hard she tried, she only felt empty.

She often shouted inside her own head, “Why don’t you acknowledge me?” “Why doesn’t anyone look at me?”

Although she felt a pressure in her chest and started feeling pain at such times, she was unable to figure out what she should do. She got married expecting to be free, but in reality, there was no way for her to escape from the situation, and her stress started to cause physical symptoms.

One day when she was using a PC, it suddenly occurred to her that she could hardly read the letters on the screen. Later, she began to suffer severe dizziness and insomnia, and worse, people’s voices and sounds around her started to buzz. She could not lead an ordinary life anymore because of these physical symptoms.

Ms. K, who had been an A-student since childhood, could not accept herself as someone who failed. Such being the case, she gradually withdrew from society and shut herself in her home, in fear that her miserable situation would be seen by other people.

She was unable to go out, and in her worst moments, she was desperate, losing her senses of taste and smell. “It’s over.” When she had nearly given up on everything, she encountered Miross and learned why she had fallen into this situation.

As she came to understand that what one feels towards another person is the reflection of one’s own inner aspects, or unconscious ego, she started to examine how she saw the external world and how she really felt about it.

First, she understood that she was too sensitive to others’ opinions of her and that she had quite a low opinion of herself, and focused on the phenomena that made her feel that way. Because she believed that she was worthless, she pretended to be an A-student by shifting to the positive and not admitting her worthlessness. As she tried to manage or do something with what was reflected before her (meaning the external environment), the situation became even worse. That was just as third-dimensional law dictates. As a result, her inner conflicts manifested both physically and emotionally.

Although she had previously thought, “I became unhappy because I was born to this family” and “This is due to my parents paying more attention to their work than to me,” she eventually realized that these were merely the details of a world her unconscious self-evaluation had created. Furthermore, although she was too sensitive to the opinions of others, she realized that they were simply her own opinions of herself. It was an electrifying, life-changing moment when she understood this.

These internal conflicts started to disappear as Ms. K began to understand her inner aspects from the new-dimensional viewpoint as well as the laws of third-dimensional world. She stopped caring how others viewed her and did not blame herself anymore.

After demystifying and clarifying her life using the MIROSS system, she regained her health, as if nothing had happened to her before. She looks like a totally different person now. Ms. K, who succeeded in regaining her true self due to the experience, is now sharing her experiences with society.

What do you think of this story? There are many people who live a life developed by assumptions built during their childhood. In Ms. K’s case, the assumption that nobody cared for her was simply what her brain created. In fact, nobody is sure if this was ever really true at all, because humans usually perceive and believe what their brain tells them is reality.

From such a perspective, it is crucially important for our future society to release our unconscious ego by using the new-dimensional viewpoint.

※Ms. K actually did not know what she had but when she told a friend who is a doctor about her experiences, the doctor told her that what she had experienced was depression.