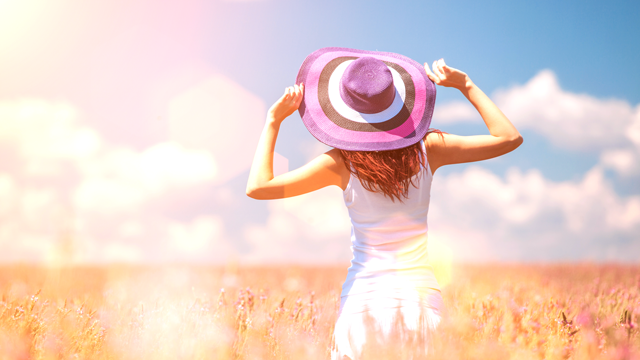 Around 1980, about 50% of men and 70% of women in their late 20s were married in Japan. However, according to the national census in 2010, the rate of married women of the same age decreased to about 30%. Over the past 30 years, the average age of a first marriage has clearly been delayed and we have seen a trend of marrying later in life or not getting married at all. According to research conducted that same year, 2 out of 10 men and 1 out of 10 women did not marry until they were in their 50’s. When compared to 30 years ago, this indicates that women are twice as likely and men are eight times as likely to remain unmarried.

The reasons for this vary, such as the lack of opportunities to meet potential partners, financial insecurity, increasing and diversified roles played by women in society in a country like Japan, sexual freedom and such. But the most serious issue is that young people have lost their faith in marriage or no longer feel marriage is necessary.

Here we will present the case of Ms. S, who longed for marriage somewhere in her subconscious but suppressed it. She eventually managed to reset her false image of marriage through the Miross system.

The purpose is not to glorify marriage, however I hope that not only women but also men who don’t want to marry or who prefer staying single will give themselves a chance to reconsider their perception toward marriage through this article.

To Women Who Have Lost Hope in Partnership

When she was in the fifth grade, her parents separated because her father had an affair. Since then, she only saw him at her grandparents’ memorial services. In fact, she did not really want to see him.

She hated and despised him because of his irresponsibility, for he had abandoned his family and evaded child support. To her, he was evil. She believed that men are the enemy who betray women. On the other hand, she felt powerlessness and misery on her mother, who was forced to rely on her father, and she thought that a woman could not be happy if she relied on a man. Therefore, she lost faith in marriage and began to cultivate her independence.

However, when she became an adult, she fell in love. She was attracted to men with a totally opposite personality than her father. But she always ended up feeling disappointed with them.

“This is what men are all about.”

Every time she fell in love, her distrust toward men increased. As she started focusing on her career and had nothing particular to worry about, the marriage was simply going further away from her.

It was around this time that she encountered Miross. One day when she attended a Miross seminar, she was greatly moved by one message.

“Your married life won’t go well if you hate your father. But the fact is, your love for your father is hidden behind your hatred toward him, and it has the same intensity as your hatred.”

She wondered why her married life had anything to do with her father and why her love was hidden behind her hatred. She felt drawn to know the truth and began to learn the Miross system in earnest.

Actually, what they feel toward their father originally existed in their inside, and it is the information on man and woman inherited through generations in the DNA.

This is the mechanism of the third dimension where everything is the reflection of our inner consciousness.

Therefore, even if Ms. S found a boyfriend who had a personality that was the total opposite to her father’s, she would eventually discover the essence of her father in her partner. It was natural that her relationships had always ended up in disappointment, because she felt her inner information (originally cultivated by her father) by projecting it on her boyfriends, and thus strengthened her assumption: “That’s what men are all about.”

In addition, Ms. S had another false assumption. During her childhood, it seemed to her that her father cared for a woman other than her mother and that her mother cared only for her father. She did not feel loved by her father or her mother. What was worse, when her parents divorced, she felt totally abandoned by her father. But she thought she could not come close to her mother, who struggled on a daily basis. This loneliness made her sense of “not being loved” even greater.

Her parents’ conflicts and divorce were real, but what she felt toward them was nothing but her own inside. Although she thought that she had not been loved by her parents, it was just the reflection of herself projected on her parents. In other words, she unconsciously denied herself and could not love herself.

One day, the news of her father’s death reached her. She kept calm in her mother’s presence, but when she was alone, she was overwhelmed by the emotion she had concealed and burst into tears. At that moment, her true feelings toward him emerged.

She understood the meaning of what she heard during the seminar: “Your love for your father is hidden behind your hatred toward him, and it has the same intensity.”

“I didn’t know I love my father. He truly loved his family too.”

When she could revive her long-lost love of her father and actually feel his love of her, her false notions of marriage were reset. She finally understood that her parents too were leading the wrong distorted life path because they had fallen into a trap, without knowing third-dimensional laws.

Once she was able to forgive her parents, she felt she was newly reborn and realized that marriage does not have to be like the way the conventional notion presents. She is excited to know a true marriage of a man and a woman, and has a feeling of her future partner within her.

How did her story make you feel? In recent years, not being married has become a lifestyle choice, and the number of single people has increased worldwide over the last fifty years. It seems that the virtue of cohabitation of a man and a woman that has existed since the beginning of humankind is staring to collapse.*

It may not yet feel like an urgent crisis, but I believe that this situation is a pivotal moment in human society. We should seriously consider what will happen if nothing is done about the “marriage” – the marriage that has been confounded by men and women who are not aware of the third-dimensional mechanism.

*The terms man and woman and male and female are used throughout this website and the union (marriage, etc.) between men and women in this article; however, we recognize that there are different forms of marriages in society and it should be noted that Miross is for everyone; it does not exclude people of any sexual orientation. Miross is about a person’s inner male and female and the energetics between them. Even if you are homosexual, transgender, or bisexual, you are made of two opposite polarities—that is, two sexes called maleness and femaleness that exist in you. This is because everyone is born to a father and a mother and inherits twenty-three chromosomes from each one. The union of these two energies, specifically maleness and femaleness, is the essence of Miross.