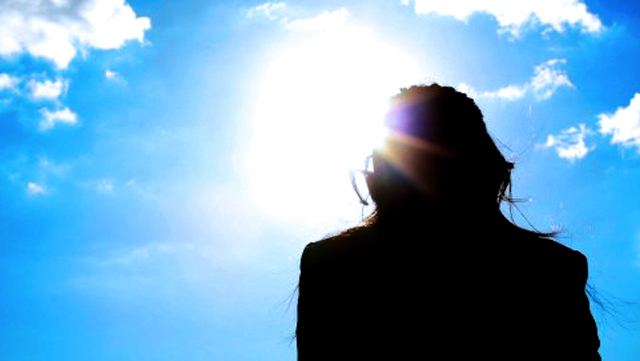 According to statistics, most stalkers are former husbands, former boyfriends, friends or those who are closely acquainted with their victims, and most of the victims are women. They tend to become stalkers when their relationships have ambiguous endings, such as when their partners act coldly when breaking up or when contact is suddenly ended.

In Japan, after one stalking incident resulted in a murder, a new piece of legislation called the Regulation on Stalking was enacted in 2000. However the number of identified victims continued to increase and in 2013, there were over 20,000 cases.

Furthermore, the forms of stalking have become more diversified recently, and cyber-stalking on the internet, such as repeated emailing, writing slanderous defamation in blogs or SNS, is on the increase. Therefore the world is such that anyone can, at any time, be a victim. How then can you protect yourself from stalking?

What I will introduce here may be difficult for those whose family members or close acquaintances were victims, but this is how we dissect the phenomenon of stalking according to the Miross system.

The Relationship System That One Should Know to Prevent Stalking

The offenders and their victims are totally different entities; of course this is our common sense as they are simply different people. TV news tends to portray the offenders as villains, where their personalities, backgrounds and selfish motives may have contributed to their committing such crimes, while those on the receiving end of the abuse are considered the victims.

It is an undeniable fact that the act of stalking is despicable and should never be permitted but one also needs to understand that the act cannot be executed unless a victim exists. What this signifies is that this is a problem of “the relationship” and is a tragedy created by the “unconscious ego” present in the inner consciousness, which in fact is the main cause of stalking. Here, I will introduce the “relationship system” that one should know to prevent stalking by using an example of love and revenge type of stalking considered to be most common.

A Case Study: A stalking incident evolved from double-affairs

Ms. A, the victim, met Mr. B, the offender, when Mr. B was assigned to the department where she worked. One day when they were together after work, sharing intimate thoughts with each other, Ms. A happened to mention her dissatisfaction with her marriage. This sharing of confidences brought them closer. Mr. B was also married, and thus a relationship of double affairs was started. Perhaps because the love affair was secretive, the relationship quickly grew in intensity; they even promised to get divorced and marry each other.

But around the time Ms. A’s divorce was finalized, their relationship started to break down. Mr. B, who had until then been kind and gentlemanly, suddenly became domineering and tried to control Ms. A with his demands. At first when the relationship seemed to be going well, she tried hard to meet his expectations, without even questioning his unreasonable demands. She, however, started to feel constrained as her dissatisfaction also began to increase and his faults became more conspicuous.

Her feelings for him diminished rapidly as she started noticing abnormal behaviors, such as his egocentricity, his extreme sense of attachment, his aggressiveness and immaturity, as well as his implacability toward other people when things didn’t go well for him. Mr. B, meanwhile, felt bewildered by this drastic change in the woman who had been devoted to him. He became obsessed with different delusions as he thought that she perhaps had found someone else, and his anger began to increase as he realized he could no longer control her.

When she began talking to him about breaking up, he dramatically changed and held her in captivity, freeing her only after he had forced her at knifepoint to promise that she would do everything he demanded of her for the rest of her life. Afterwards, she was so afraid that she could not even step out of her house; she received dozens of voiceless phone calls from him every day. The stalking finally ended when the man was arrested by the police, since she had kept a detailed record of the calls he had made as proof of stalking as well as the police report she had filed following her confinement by him.

Fortunately, it didn’t develop into a major incident like some cases in the news, but even though her relationship with him ended, she couldn’t rest easy—for the stalking incident occurred not just because of Mr. B, but because of the unconscious ego of the same qualities subsiding in the inner consciousness of both parties, which in fact were attracted to each other. At this point, Ms. A was not aware of her unconscious ego and thus, it was very possible that she would end up repeating a similar love relationship.

She however encountered Miross and was able to understand the system of the third-dimensional world. With a completely new viewpoint, she began to dissect the relationship between herself and Mr. B. We all know how great the effect of parent-child relationship during childhood is in rendering the formation of people’s personalities. Ms. A’s personality too was greatly affected by the distorted relationship with her parents during her childhood.

Ms. A has a brother who is 2 years younger. She felt that all the love of her parents was taken away by her brother, and thus did not feel loved by her parents. She then began to think that she could not ever be loved and was not worth being loved. With this background she always looked for someone who could love her and in order to be loved, she always tried to act as others wished. To do that, she always tried to suppress her feelings, and she gradually began to feel confined. As a result she fell into the pattern of ending relationships abruptly. This became the pattern of her interpersonal relationships.

With Mr. B, he thought of himself as a nuisance and an unwanted child because of the strict discipline imposed on him by his parents. And he too grew up without feeling loved by his parents. As soon as he found someone who accepted him he tried to act as they wished in order to be loved more. However, by doing so, he was trying to drag the person into his territory and once she was in, he would say, “I have done everything as you wished so far and now it is your turn to behave as I tell you”. In such a way he became domineering and controlling over the woman, but she would end up leaving as she no longer could bear such dominance. This was his pattern of interpersonal relationships and he too kept repeating it.

The common ground that we can find in both is the fact that they did not feel loved by their parents. The verbal abuse or physical punishment were simply phenomena created by his unconscious ego, which was the fact that he did not love himself. And this relationship with his self created a world where “he cannot be loved”. Furthermore this unconscious ego is an inner wound where the feeling that “my parents don’t love me” is passed on throughout the generations.

The difference between the two is that unlike Ms. A who simply denied herself thinking she could not be loved, Mr. B felt a desire for revenge against his parents. They were attracted to each other because of the unconscious ego of the same quality, but at the same time because of their inner consciousness, where one was masochistic and the other was sadistic , which led to one being the victim and the other being the offender.

Around the time the two met, Ms. A had already been looking for someone new who could truly understand her, as her marital relationship already was not going well. For his part, Mr. B had been looking for someone who would accept him since he was not feeling any significance at home or at work. Both of them felt that something was missing and the relationship went well when they felt like their needs were being met, but this did not last long. When Ms. A, could no longer put up with Mr. B’s domineering attitude and tried to break up with him, Mr. B, felt abandoned by her, which scared him and so he became abusive.

What did you think of this story? You might be amazed to find out things were happening without the participants being aware of it. This is the relationship matter that you cannot do anything about because it is an issue of unconsciousness. You can however reset and regenerate it as you wish with Miross. After the break-up, when Ms. A brought back what she felt toward Mr. B to herself, the person who was so attached to her that he became a stalker, she heard deep within herself such voices of her crying out to say, “Please pay attention to me”, “Please don’t abandon me”, “Please love me”. She then became aware of the fact that she actually was seeking love even though she thought she had given up on being loved and considered herself incapable of being loved.

Afterwards she met a partner that she could truly trust and now is happily married. She understands the relationship system through her own experience and will never experience such negative relationships again.

Furthermore, Mr. B also changed because of her transformation. Though he has not encountered Miross, he restarted his life by making a sincere apology for the crimes he committed. The regeneration of Ms. A’s life also saved Mr. B and then was also able to prevent possible stalking incidents that might have occurred otherwise again in the future.

In our conventional approach, we focus our attention on trying to create a society that will not produce any more offenders, but behind a “reserve army” of offenders, there is a “reserve army” of potential victims which in fact is to produce offenders. This is a blind spot and thus we must also focus on not producing any more potential victims. Everything is based on a problem of relationships, and in order to prevent any further victimization one needs to understand the relationship system. I truly believe that this is the surest way to protect you and your family and is the only way to eliminate such sad incidents.