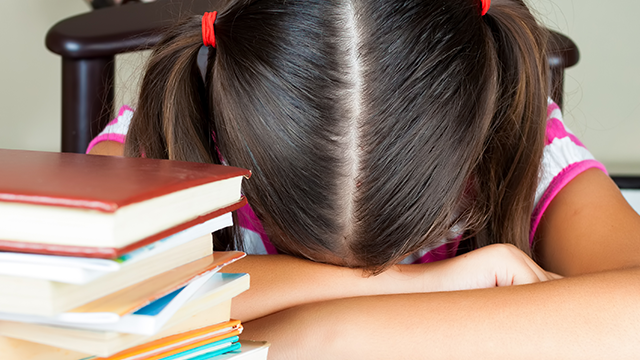 The first and most sincere wish parents have is that their children are born healthy. However, as their children grow, the parents expect the children to behave based on their beliefs on how “good kids” behave. The parents often have expectations that are too high and may try to give the children anything they can in order to meet these expectations. Many of them put tremendous effort into education, including intensive after-school classes and self-improvement lessons so that their children can have a promising future. But what if this “parental love” (as perceived by them) is in fact impeding the child’s potential?

We present the case of Ms. K, in which her well-intended behavior caused her daughter to lose her smile, which also caused distress of her own. After encountering the Miross system, she demystified the relationship between a parent and a child, and truly understood what parents can do for their children.

The Pitfalls of the Parents’ Love for Their Children

When she gave birth to her daughter, she was happy just to watch her sweet sleeping face. Her only wish was that she would grow up to be healthy. However, one day she came across a book titled “How to Raise a Child to be a Genius” and was captivated by the idea. She soon changed into a tiger mother.

Although her daughter was not even one year old, she read many books to her every day, took her to a preschool education class, and taught her at home according to the teacher’s advice. When her daughter was four years old, Ms. K made her go to a school to prepare for the entrance examination of a private elementary school, and also took her to classes to learn English conversation, swimming, piano and other skills.

At first, she simply wanted her daughter to lead a happy life, but her goal somehow shifted into making her a genius. Ms. K became an even more enthusiastic tiger mother, making her daughter take supplements to enhance the brain, implemented a strict diet, and learned educational coaching so she could properly guide her daughter.

Due to her efforts, her daughter was accepted into the prestigious private elementary school of her choice. People around her believed she raised a brilliant child, and she believed that she and her daughter would lead a promising life in the future. But things did not go as she expected. Most of the students in the school were the children of elite parents, such as doctors and business owners, and she felt inferior to them. She focused on her daughter’s academic results because they were the only thing she could boast of to others.

Under these circumstances, her daughter was feeling stressed because her mother did not appreciate her regardless of how hard she worked. Her mother focused solely on her academic performance. What was worse, she was scolded by her mother when she did not do as her mother demanded. Her life, occupied with studying all day every day, frustrated her, and she began to disobey her mother.

However, believing that what she did was for her daughter’s sake, Ms. K desperately tried to force her to change, no matter how much she rebelled. Ms. K became even more controlling, without noticing that her daughter was desperately unhappy. The harder she tried, the more rebellious her daughter became. Eventually, her daughter stopped studying completely and Ms. K’s relationship with her became strained. When she was feeling at a total loss, a friend introduced her to Miross.

When Ms. K realized that everything she had seen was the world her inner consciousness had created, she was relieved. By reversing what she felt toward her daughter back to herself, she learned a shocking truth. When her daughter did not perform up to her standards, she thought to herself, “Don’t make me ashamed! We don’t need anyone who performs poorly in our family”. The moment she reversed those words back to herself, the world she had seen fell apart.

“Really? Was it actually me that called myself that?!”

What Ms. K saw reflected in her daughter was her own educational inferiority complex and her own sense of worthlessness. Why did she have such a sense of insecurity? Behind it was a relationship with her own mother.

Ms. K’s mother was obsessed with education and was extremely concerned about how society saw them. Ms. K wanted to make her mother proud and so she worked very hard and got good grades in elementary school, and she later went to a prestigious high school in the area.

However, she became absorbed in music and began to neglect her schoolwork. When she finally started thinking about attending college, it was too late. She had no choice but to enter a college that did not at all match the image and reputation of her high school. She was so disappointed at not being able to make her mother proud that she hid the name of her college from others. When job-hunting, she felt sidelined due to her less attractive college, which caused her to have a severe inferiority complex when it came to education.

After starting work at a company, she proved herself, as she channeled her inferiority complex into a driving force to escape from the situation, and she rose in the ranks. She managed to regain her “value of existence” by obtaining a prestigious job title along with a high income.

But things did not go as she expected. She lost her job during her maternity leave and thus lost her high status. After that, she was unable to fill the emptiness in her mind even though she had a wonderful daughter. Then she found the book on child rearing, which unearthed her education inferiority complex and caused her desperate endeavor to achieve the goal of making her daughter a genius.

Ms. K had a “formula” in her mind: entering a prestigious school and company was the shortest and fastest way to becoming a winner in life. She unconsciously thought that she would not let her daughter experience similar difficulties.

However, in the third-dimensional world we live in, the harder you try to compensate for your inner sense of deficiency, the greater the sense of deficiency becomes. And the moment you feel you have achieved your desire, the sense of deficiency, which has kept growing, is reversed out to the external world. This was the reason why she encountered the negative phenomena, such as being forced to quit her job on her maternity leave and facing her daughter’s bad performance. When she was able to see the whole picture of what had happened to her, her inner battle ended.

As she began to understand the trap hidden in the relationship between a parent and a child through her own experiences, she felt liberated and was finally able to enjoy a sense of freedom and relief. That night, she was able to sleep soundly for the first time in years.

Ms. K stopped being an overbearing mother when her inferiority complex and sense of worthlessness disappeared. While the students around her daughter were desperately studying for college entrance examinations, her daughter began to voluntarily study on her own, enjoyed her school life, and exhibited her talents. It seemed like a miracle to Ms. K when her daughter was able to pass the entrance exam of a top school with only a fraction of the effort made by other students.

What did you think of this story? Parents do various things for their children out of love, believing that it will benefit their future, but if the love is borne out of their sense of deficiency, it conversely ends up hampering the child’s potential.

Children have the potential to realize their dreams on their own. If more adults could truly understand the relationship between a parent and a child, we could transform our society into one where we could help children stand on their own two feet, without spoiling their potential.