The Dark Side of Stars – A Trap Lurking in Success – 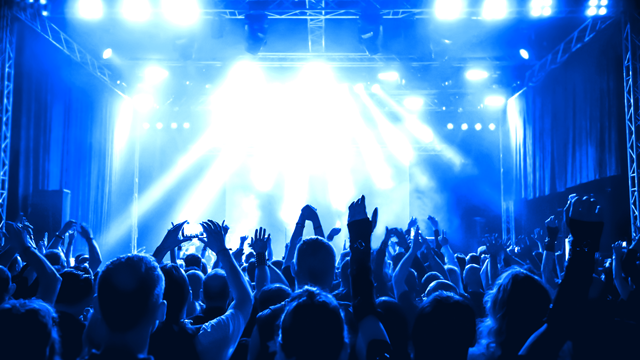 Why do unexpected events occur, such as the accidental death or scandals of world-famous stars, or the bankruptcy of blue-chip companies that have been considered absolutely safe? No matter what social positions, fame, or wealth that people have, they can suffer from serious problems inconceivable to their glorious success, such as family feuds, financial distress, or struggles with severe illness. We present the trap of success in the dimension where we live, and describe the case of Ms. F, who experienced sharp ups and downs during her life.

The Dark Side of Stars – A Trap Lurking in Success

Ms. F went to Tokyo with dreams of success after graduating from high school and enthusiastically started performing in live venues. Without anything to fear, she was totally focused on deriving pleasure from achieving fame.

After a while, TV, radio, and magazines began to feature articles about her. Surrounded by her fans and pampered by people concerned, she was intoxicated with her stardom.

However, the more popular she became, the more she sacrificed her freedom. She was forced to take on the persona that her fans created. She was provided with a script when appearing on TV. Worse than that, magazines attributed comments to her that she had not actually made.

The mass media trumpeted the crafted image of her, which was completely different from her real self. She began to suffer from the gap between her public and private selves.

She loved music, but eventually it became a means to flee from the conflicts she had inside. Contrary to her beauty on stage, her internal spark gradually faded away. She believed she would be happier by working harder and becoming more popular and so she continued to push herself.

At that time, she discovered she was pregnant.

Her performances had been going well and she had to conceal the fact that she was in a relationship. She could not feel happy wholeheartedly even though she was with child. Instead, she didn’t think she could continue performing and felt guilty for potentially abandoning her fans.

After much consideration, she decided to terminate her pregnancy and devote herself to her career. However, it affected her more than she expected. She became emotionally instable and had issues performing. She eventually had to decline all the offers she received.

Without music, she became totally lost. Although she tried to compensate by devoting herself to a man, she was eventually betrayed by him, which was compounded by mounting debts that she was falling into.

To escape from her deep feeling of unhappiness and to gain a certain peace of mind, she began to study spirituality. Her life seemed to improve and then she met a man, and became engaged. She thought she would finally find happiness. However, she was struck by tragedy again.

She thought, “My life is cursed.” Everything she treasured suddenly disappeared. She lost her will to live and was living like the dead, rarely leaving her bed.

Luckily, a phone call from a friend saved her. She learned that there are absolute rules in the dimension where we live and that if we don’t know the rules, we get caught in a “trap”, which causes problems in our lives.

She immediately started learning more about Miross and began to understand why she had such a difficult life.

She had been brought up in a family that was far from happy. During her childhood, her parents had arguments and insulted each other on a regular basis, which had traumatic effects on her. She did not feel loved by her parents and felt worthless.

Music was the only thing she could go to for resting her true heart and soul. She thus devoted herself to music as a means of distancing herself from her family. She was gifted and soon her talent attracted attention. Eventually, music became the focus of her life.

She tried to express herself through music, but the driving force for her to succeed stemmed from her sense of inadequacy and inability to acknowledge herself because of her upbringing.

What happens if we shift to a positive by using a negative as a driving force?

The more you pour your energy into a plus, the larger the energy of a minus becomes in the same proportion behind the scenes. At a certain point, this built-up energy of the minus is reflected to the external environment as various phenomena. For this reason, Ms. F was not able to achieve the reality she craved, even though she managed to make her dreams come true. Her life became miserable when she lost many of the things that she had treasured.

After she encountered Miross, she learned through experience that what she craved would never bring her success. By understanding the mechanism that had created her life, where she thought was cursed, she was able to escape this third-dimensional trap. She also realized that hating herself was an illusion developed by the trap of thoughts. She was completely able to reset her life.

She opened the doors to a higher stage as the expression of a new world. She started performing again after an interval of over ten years. The music that she performs with her trusted performers is already captivating a large audience.