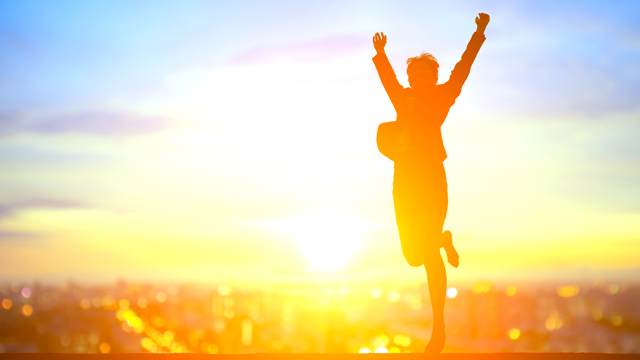 Life is full of ups and downs. At some point, you are required to make a momentous decision, and at another point, you face a grave problem that you cannot handle. In either case, you make an effort to resolve these situations. But that throws you into a negative loop where problems continue to appear.

Any problem you encounter arises from inner conflict, and it is impossible to fundamentally solve problems without knowing the mechanisms of the inner consciousness. Understanding this mechanism will automatically bring positive change.

Here is an actual case of Ms. Y, who is in her 50s, living in Hiroshima Pref., Japan. She was overwhelmed by marital troubles, issues with children, and financial debt. But once she understood the mechanism of consciousness that had created her problems, all of these problems disappeared.

My life is now free of problems – self-salvation is possible with new-dimensional thought technology.

Ms. Y suffered from great anxiety due to many problems. Her relationship with her husband was non-existent, as they hadn’t had truly communicated for more than 10 years. Her daughter, a sophomore in college, was near to failing academically and was emotionally struggling. She locked herself in her apartment, saying that she was either going to drop out of college or commit suicide.

Her disabled son had behavior issues and was hospitalized. Moreover, her husband had incurred tremendous debt. She seriously considered divorcing him.

It was at this time that she encountered Miross. She learned that the problems she was facing had come from her inner consciousness and that she would be able to live a happy life if she understood the mechanisms of human consciousness.

At first, she was unable to fully trust the Miross system because she could not believe that it could solve such serious problems she was facing. Nevertheless she persisted and she started to understand the mechanism of the third-dimensional world as well as the traps that ensnared her. In the meantime, she realized that every life story is created by the inner consciousness.

One night, Ms. Y realized that her reaction to her husband had changed. Her understanding occurred when he began to rage over a small issue, throwing things at her, and shouting,

“You never take me seriously. You don’t listen to me at all!”

He raised his hand to strike her. Previously she had always been passive, waiting for his anger to pass, but this time she could feel his inner turmoil.

The cries were actually from herself. The moment she understood that her husband had felt as lonely as she had, he calmed down and began to emotionally confide his feelings.

When she also shared her feelings with him, she understood that they had hated each other because they were projecting their emotional wounds, created by the feelings of unacceptance and rejection, with each other. Then she instantly felt peaceful, and the two of them enjoyed chatting until dawn.

When Ms. Y also understood that the weakness she had witnessed in her daughter was simply her own hidden weakness, she felt a warmth towards her daughter. Ms. Y realized that she no longer wanted to change her daughter.

Then, her daughter experienced a dramatic change. She didn’t fail out of college and was able to obtain a national license in a field considered to be extremely difficult.

Finally, since she had always felt guilty for putting her son in a mental hospital, she decided to have him discharged. Then the doctor suggested a new facility that was much more appropriate.

She realized for the first time that she had given her own existence value by hindering his independence. Soon afterwards, she saw that her son was enjoying his new environment. She also started having amazing experiences: problems once considered impossible to be solved simply began to disappear.

Her relationship with her husband had drastically improved, but he suddenly died of a heart attack. She tried to avoid the responsibility for his enormous debt but that was not possible.

Though she already realized that he had incurred the debt for his business as a result of the conflict they had between them, she thought that there was nothing she could do and assumed that she would spend the rest of her life paying back the debts that he had incurred. However, when she consulted an expert, she learned that the remaining debt was almost paid in full, with only a small amount of debt remaining. The lawyer also wondered how it could have happened and said it was impossible. She felt her husband’s love in her heart. She realized that their sharing experience on that day had transformed their excruciating past as well as her present situation.

Ms. Y’s problems were all eliminated. She encountered Miross and managed to save herself by understanding the mechanisms life.

There is more to this story. Because she was able to accept herself for the first time in her life, she was blessed to meet a man who became her life partner.