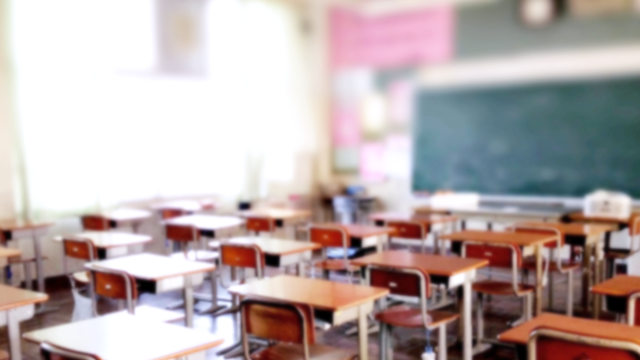 We often hear the words “classroom chaos” these days. Although not as prevalent as people imagine and the situation is not always so dire, “troubled children” are indeed increasing in number, and teachers often become preoccupied just dealing with these students.

Measures are being taken by the government and various organizations but since the situations vary tremendously, we seem to be fumbling our way without any specific solutions. Under these circumstances, more and more teachers are struggling to deal with these troubled students and the resulting relationships at the school and end up on temporary leave or even resigning.

We offer the case of Ms. S, a junior high school teacher, who ended up in this type of situation and felt compelled to leave the school. After she encountered the Miross system and understood the mechanism that creates such problems, she miraculously recovered and began to perform well as a teacher, as she began offering a completely new way of teaching based on Miross.

Chaos in the Classroom

Ms. S was a part-time high school teacher, who had been teaching primarily history for over 10 years. She was satisfied with the profession because she liked the students and enjoyed teaching. But as she was a single mother who wanted to be financially independent, she decided to be a full-time teacher.

Soon afterward, she became the teacher of a freshman class and a coach of afterschool activities, and was supervised by an instructor. She had an unexpectedly heavy workload, and even worse, her past experience teaching high school did not help her at all. As a result, she worked from early morning until late at night every day.

She had difficulty communicating with her students. Some of them began to rebel against her, showing their disrespect in front of the other students. Her class was unruly and it was difficult for her to teach over the mayhem.

She tried everything she could think of to control the class, but the harder she tried, the more uncontrollable they became.

She was overwhelmed dealing with the trouble students and their parents, and yet her supervisor continued to criticize her. Having no one to talk to, she felt pushed into a corner emotionally.

One day, during her class, something occurred that made the situation even more difficult, because her supervisor and some teachers in training were present. She knew that her students were noisier than those of other classes, but she also believed that they were the best at singing the school song.

She thought, “If I demonstrate that I could deal with this class, they might just appreciate me.”

However, despite her expectations, she was trapped in a hopeless situation. The students had scattered their shoes around the music room, and even her best behaved students were disrespectful. She simply played the piano, feeling miserable with the situation.

After the class, she asked her students why they were so noisy and disrespectful. The students all answered, “It’s your fault.” To make matters worse, her supervisor told her to give a report about this incident at meetings with the staff and parents. She thus had to expose her “inability” as a teacher in public.

Mentally and physically exhausted, she finally became ill and had a hard time coping with her daily life. Her doctor suggested that she take a temporary leave from her job. She had trouble deciding, but eventually made up her mind to resign from her job.

For a while, she was so devastated by her failure that she did not feel like doing anything. It was hard for her to believe that she was withdrawing from the outside world. This was similar to the behavior of her son, who had also been withdrawing from society over the past six years. Her desire to become financially independent and improve the teaching environment was completely reversed.

However, any situation has its positive side. Since she had plenty of free time, she was able to leisurely study the Miross system, which had been recommended by a friend. After demystifying her inner consciousness that was reflected in the people and situations around her, she gained an understanding of why she had succumbed to such a devastating situation.

The angry and disrespectful students, the critical supervisor and instructor, the angry parents of her students, and her rebellious son, who was withdrawing from the outside world – they all reflected her own anger, violence, aggressiveness and negativity.

She hated all of these emotions, but in fact they were her own unconsciousness hidden inside her, which fundamentally triggered these incidents.

The reason she hated anger and violence stemmed from her relationship with her mother. She often saw her sister scolded by her mother and was frightened to see her mother yelling and hitting her sister.

“I have to be a ‘good child’ so my mother will accept me.”

At first, she cared about what her mother thought of her, to avoid being treated like her sister. Then she began to be afraid of “feeling” and started to suppress her emotions and feelings. After a while, she became unable to sense her own desires and shut her mind from the outside world.

As she suppressed her feelings, her anger about not being understood by others and her self-negation continued to grow. She thought that no matter how much she tried to be a good child, she could not earn her mother’s love. Her self-negation was reflected in her interpersonal relationships. Since her self-negation was projected on other people, she saw “her mother” in them. She always tried to read their faces in any situation and was afraid of their anger.

By encountering the MIROSS system, she understood that she had despised herself since childhood. Her unconscious behaviors manifest in her situation, including her interpersonal relationships.

When she understood the mechanism that created her problems, she felt her life reset with a blissful sense of release and relief. She became free from her unconsciousness and regained her trust with herself. The world she experienced began to drastically change.

One day she went to the junior high school to pick up items she had left in the teachers’ lounge. One of the teachers gave her letters written to her by her students. The letters showed how they felt about her. They wished she was back at school. At that moment, she realized that she saw everything based on her assumptions, specifically, her images toward herself – an incompetent teacher who cannot connect with her students or teach.

Around that time, she experienced a great turning point in life. The son who had been socially reclusive began to work voluntarily. Also, she started teaching at a high school. It was a miraculous revival from her previous difficult situation.

She is now familiar with the Miross system and so is having a new experience in her classroom. After accepting her own unconsciousness reflected in her students, the atmosphere of her classroom has instantly changed. She has built relationships of trust with her students by sincerely presenting herself. Even the most difficult student is transformed into a completely different person the day after she brings what she feels towards him back to herself.

Her belief in education has resonated with students – “True education resides in knowing one’s true self” – and so many students come to her for advice in how to achieve knowing their true selves. Both she and her students are enjoying the creation of a completely new way of teaching together

What do you think of this story? We have received numerous reports that problems once considered impossible to deal with are solved in an extremely short time through Miross. There is a common point in many of these cases; when people like Ms. S practice the Miross system, it not only resolves their problems, but also the whole environment is transformed at the same time.

In today’s society, more expectations have been placed on the role of schools. As a result, teachers are subject to more stress and are overloaded with work. Reportedly, teachers and students are becoming less involved with each other.

To children, the teacher is one of the most important people in their lives. I hope there will be more teachers who not only impart knowledge to their students, but also enable them to “truly live” their lives.