Why Does Bullying Occur? – The mechanism that creates a perpetrator and a victim – 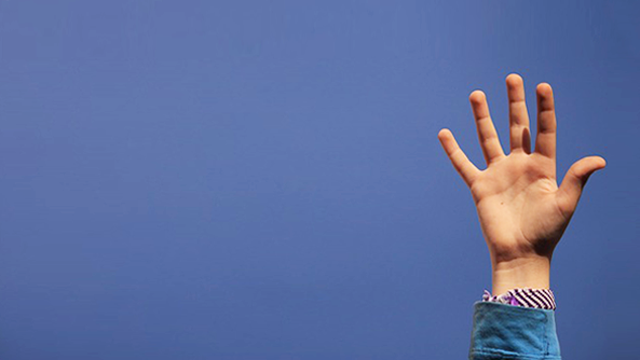 In the mid-1980s in Norway and Sweden, bullying was already recognized as a major social issue and measures to prevent it were carried out at the national level. At that time, bullying was just becoming a social issue in Japan as well, and various studies and educational practices were independently performed in the country. Bullying varies depending on the country, and in Japan, complexity is observed since not only physical violence but also mental attacks are used to corner others, and if those who are bullied keep suffering from mental distress, they may turn into the other side: that is, they may become bullies themselves. These are two of the characteristics of bullying in Japan. In the U.S. and China, there are few people who commit suicide because of being bullied, but in Japan, suicide resulting from bullying also has become a grave social concern.

Why Does Bullying Occur? – The mechanism behind the relationship that develops victims and perpetrators

One day, Ms. O’s son, S, who was a 4th grader in elementary school, complained to her, crying, “I don’t want to go to school.”

She had not been aware that her son had been bullied at school before she heard her son’s agonizing voice. He had already reached his limit when he confessed.

Ms. O called his teacher for an explanation but was informed that there did not appear to be any bullying because her son’s case did not fit into the school’s official definition of bullying.

However, S’s painful look made Ms. O certain that the bullying had really happened. In fact, she had also experienced being bullied, when she was a junior high school student, and was worried that her son, whose nature is similar to hers, was going through the same torment.

“My son may lose his life if nothing is done.”

Her mind was full of the worst images of her son being bullied, which were overlapped with her own experience and memories.

If you noticed your child is suffering from bullying, what would you do? Would you contact the school and try to identify and punish the bully? If the situation is serious, you might ask the police or other specialized institutions for help. Ordinarily, it is considered that if the bully stops bullying, the issue will soon come to an end, but in reality, it is not like that at all.

Bullying is a problem of relationship, and it occurs when the bully and the bullied attract each other and meet. Though it may sound shocking, it is not their will but rather the unconsciousness in their inner mind that makes them attract and meet each other.

What unconsciousness brings them together? Ms. O clarified the answer by following the Miross system to demystify their family environment before S experienced bullying.

One year before S entered elementary school, their family environment changed dramatically. Specifically, Ms. O gave birth to a second child, a daughter, and after his sister was born, S suddenly had to become independent because he was unable to monopolize his mother as he had in the six years while he was the only child. Generally, when children around this age have a new brother or sister, they begin to behave in babyish ways, trying to take their parents’ attention back or pestering their mother, who is busy with childcare. However, S was very well-behaved, taking care of his new sister.

It is true that he was well-behaved before his sister’s birth too, without troubling his parents or the people around him much. However, he was also shy and withdrawn, unable to express his emotions, and cared too much about other people. He often fell into self-loathing when something bad happened.

Ms. O sometimes worried if her son was being troubled by something, but as he was taking care of himself so well that she missed the opportunity to be attentive to his emotions, and besides, she was very busy with caring for the new baby.

In the meantime, after S entered elementary school, Mr. O, the husband, was laid off due to the restructuring of his company in the global economic slump, and Ms. D had to return to the workplace in order to sustain the household.

Driven by work, child-caring, and running the household, Ms. D had no time to help her son with his school-related activities. She began to accuse herself of being an unfit mother and was upset that she was not taking care of him well.

From S’s point of view, he felt as if he was isolated from his mother because of the rapid changes in his family. He did not want to trouble his busy mother, so he controlled himself and did not talk to her even when he desired to do so. He hoped to maintain a tie with his mother by doing things that she would praise.

However, Ms. O, who had already lost her sense of self-composure, began to vent her stress on her son. One day, she noticed that she could not even love him. This person, her son whom she had loved most in the world, became annoying to her. She began automatically rejecting him, saying, “Don’t come near!” when he approached her.

Her sense of guilt and self-negation swelled, but the more she tried to persuade herself to love her child, the more unstable she became, and she treated him harshly.

Every time S felt that he was not accepted by his mother, he began to take it out on himself, thinking, “I’m a bad child” or “I’m responsible for this”.

It was around this time that he began to be bullied. Before long, that developed into a collective bullying by other students who came into attunement with the first bully.

Bullying is not a problem that results from the relationships between children. Rather, it is considered that family environment and the relationship between child and parent has a strong influence on it. What has been clarified here is “self-negation”. Triggered by a sudden change in the family environment, both child and parent will suffer a decreased sense of their own value stemming from a negative point of view they both originally had in their unconscious.

Let us note the timing at which the bullying took place. Ms. O was blaming herself, accepting phenomena in the external world that seemed to prove she was an unfit mother, due to her unconscious negative way of thinking. She thought, “I have to fulfill my role” and “I have to love my child”, and tried to do so, but ironically, she was driven to situations where she had to deny herself and finally she became unable to accept her child.

In the same manner, S too accepted phenomena from the outside world, becoming convinced that he was useless. Not feeling loved by parents is the most difficult experience for a child, and since S denied his own existence and saw his mother on the basis of assumptions, his self-loathing was intensified. In a very real sense, both the mother and the child were bullying themselves.

Then, what unconsciousness did the bully at school have within himself? The reason he wanted to bully S was because what he disliked was reflected in S. Just as S unconsciously denied and bullied himself, the bully also hated and attacked himself all the time.

A relationship is built when two parties with similar unconsciousness in the inside of their mind are attracted to each other and meet. In this case, those who were unconsciously attacking themselves were attracted to each other and met. S, who tended to blame himself, played the role of the bullied, while the bully, who tended to attack others, played the role of the bully.

Thus, because bullying occurs by such attraction, meeting and relationship that function independently of the will of those concerned, it cannot be prevented by conventional anti-bullying measures that try to combat bullying by finding the cause in the external environment.

Now that S and Ms. O both understand why bullying occurs, they are leading very peaceful lives. S said that the experience of being bullied has enabled both him and his mother to understand the truth, and they are thankful for the experience. They are now conveying their experience to society in order to inform as many people as possible of the mechanism that develops bullying as well as the third-dimensional way of living as the real cause of such phenomena.

How do you feel about all this? It may seem unbelievable, but you and those you have fought with are the same and have deliberately attracted and met each other. No matter how difficult the problem, and bullying is up there, Miross enables you to find the shortest path to escape it.