Regaining the True Power of Life by Overcoming Thoughts of Suicide Why do humans think of suicide? How can we prevent it? 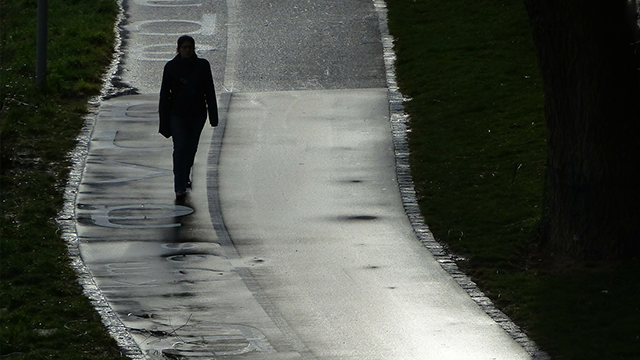 Millions of people around the world commit suicide every year, and it is among the ten leading causes of death in many countries. It is unimaginable as to how many people may commit suicide in the future, if we are to include those many people who have attempted suicide or who have seriously meant to do it but have not yet succeeded. Although this situation requires a serious response at the national level, as yet there has been no fundamental solution to this ongoing crisis.

Here is an example of a man, Mr. O, who worked extremely hard for his family, became depressed, and nearly chose death before ultimately regaining the true power of life through the Miross system.

Regaining the True Power of Life by Overcoming Thoughts of Suicide

Until recently, Mr. O’s situation was so bad that he was not even sure whether he was dead or alive. The only thing he was convinced of was that he would surely die if nothing special happened.

Four years had passed since he launched his business. His sales continued to soar with a method of positive thinking he had learned, and he was able to achieve impressive results in a very short time period—results that previously had been only possible to gain in one year.

However, when he started a new business to stabilize the sales, something disturbing began to manifest in his life.

His business continued to grow with good sales, and he earned more and more money, but the more sales increased, the more worries and fears he experienced.

“It still is not good enough. I have to work even harder.”

Feeling that he would lose everything he had achieved, if he stopped expanding his business, Mr. O continued to work, hardly taking a rest. Even on days meant to be spent with the family, his mind was preoccupied with the sales and money flow.

He began to stay up most of the night constantly working on business plans to promote sales, often not falling to sleep until around sunrise. He then became dependent on alcohol to escape from negative delusions and his physical condition was shattered.

Eventually he came to live in a world where day and night were reversed. It was around this time that he became unable to work and began to withdraw socially, avoiding conversation with his family. Everyone around him seemed to be an enemy, and worse, he even started entertaining thoughts of killing his beloved child, wife, and parents.

The positive thinking he had learned could not save him. As he became unable to make a single step forward in his life, the only thought he had was of killing himself.

However, one day, he was given a helping hand. He was introduced to Miross through a friend with whom he had learned the positive thinking technique in the past. This friend, S, too had been able to escape from devastating hardships in his own life with Miross.

What shocked Mr. O the most was that the things he perceived as complete opposites, such as good and bad, were in fact a pair, each indispensable to the other in the system of our world.

Everything—plus and minus, life and death, front and back, man and woman—cannot exist without the other. When he understood this, Mr. O was able to experience for the first time a world in which there was no comparison or judgment.

He realized that in a world where everything is a pair, he himself was made of a pair as a creation (or work) of the union of his father and mother, or man and woman. This fact (that everything is a pair) underlies the perfect balance of this world.

Looking back, it seemed nonsense that he had perceived everything as divided and always made judgements, thinking, “this is good and that is bad”. He also realized that he had been working hard in order to avoid what he disliked within himself. He then felt a deep sense of gratitude to the experience, and something dark disappeared from his mind.

When he thought of his past, he indeed realized that from an early age he felt he had not been loved enough by his parents and had a sense of inadequacy in him for not being able to feel their love. This sense of scarcity was the basis of his life and his behaviors. He therefore worked hard and with a great sense of purpose to fill in this “inadequacy”.

However he reached his limit both physically and mentally, which was when he began thinking of killing himself and ending everything. Essentially, no matter how hard one endeavors to move toward the positive or abundance, one will always end up with experiencing the negative or a sense of inadequacy as long as one uses the negative as the motivating force. This in fact is the way of the three-dimensional world.

The moment Mr. O became aware of this mechanism that had derailed his life, he experienced an indescribable feeling of relief and freedom.

Before long, his life began to dramatically improve. Every day brought a new surprise because he knew, based on the application of Miross, that the people and incidents that came to him were simply the reflection of his inner judgements. He started accepting them, and the world before him transformed as he got to know his inner plus and minus through them.

No matter how much negativity he felt toward something, he was able to understand, without resistance, that this negativity was his own, because as he shifted to the positive, the negative appeared before him.

In his relationship with his wife, he was able to experience the real joy of two people fully understanding one another, and as their relationship improved, their children began to live and enjoy their lives. Moreover, his business expanded as they hoped, and his feud with his parents disappeared. As he recovered, everything started to brighten.

Minus or the negative is not something to overcome. When you accept it based on the system of Miross, plus and minus or the positive and the negative will merge within you and begin to circulate as a completely different energy. In the case of Mr. O, he was able to regenerate his life into a totally new one as if being reborn.

What do you think? Is there any other way by which a person who has even thought of death so seriously changes so dramatically? About 90 percent of those who commit suicide are found to have suffered from depression, alcoholism, or mental disorders such as schizophrenia. Because there are already remedies for these symptoms, suicide is often considered preventable in mainstream circles.

However, the real cause of mental illness is not the external environment, i.e., human relationships or working environments, but rather the internal conflicts within human thought that developed the situation. The conflicts are created because humans still do not understand the real system of this world.

Now, various efforts are being undertaken to prevent suicide. We believe with the understanding and practice of “New Dimensional Thought”, which can transcend even the thought of committing suicide, we humans can end this problem and regain our true power of life.