Live in Miross 2016 – We Have Finally Acquired the Ultimate Technology of “Love”– Held on Sep. 22 at Kyoto International Conference Center.

“Change your environment without changing yourself or others” – Live In Miross 2016 introduced the new-dimensional thought technology “Miross” for fulfilling a peaceful society and highlighted proven cases of those who have drastically transformed their lives. During the event, participants felt the essence of this epoch-making technology that anyone could practice on a daily basis. Practitioners of the system embody the potential of humanity’s true evolution required for the future. 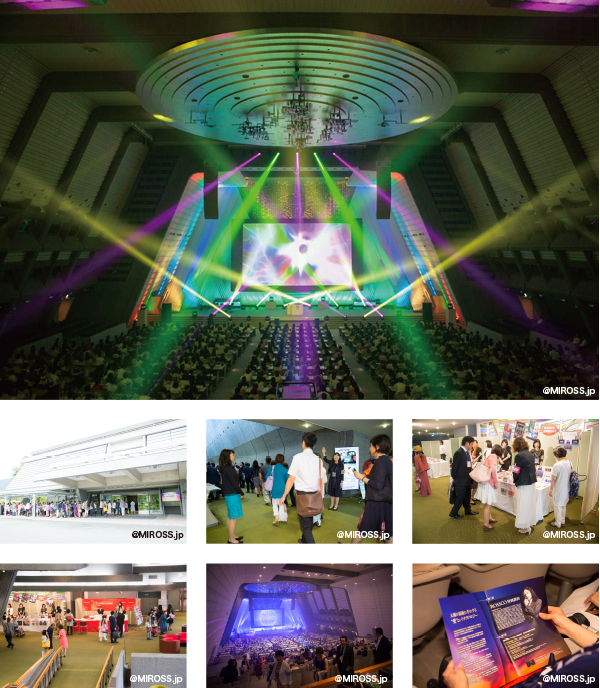 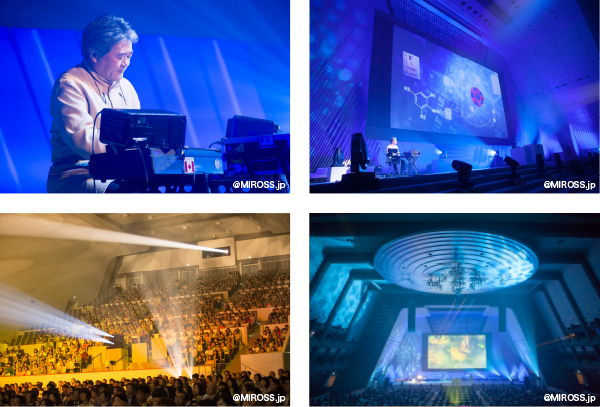 The theme of the lecture was “Humanity has finally acquired the ultimate technology of love. He revealed the secret of human consciousness by introducing a completely new viewpoint that transcends the conventional concept of human thought, as a technique that anyone could practice on a daily basis. He provided the participants with a new method for practical application of Miross. It was presented in an easy to understand manner, and at the same time, it was life altering for those who had already been learning the system.

Second Act: Outlook in the future and proven cases of the system

The outlook of Miross as a thought technology was presented, and practitioners of the system described the real transformations they experienced. 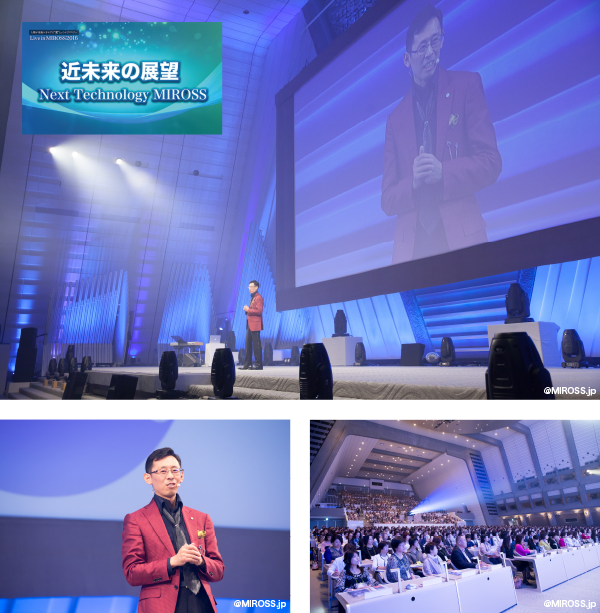 TDr. Kazuyuki Sato, Doctor of Engineering, described the outlook of our future society in relation to the new-dimensional thought technology “Miross”. He has been involved with the study of Miross over ten years, and is now a researcher of a state-of-the art technology in collaboration with industries and universities. 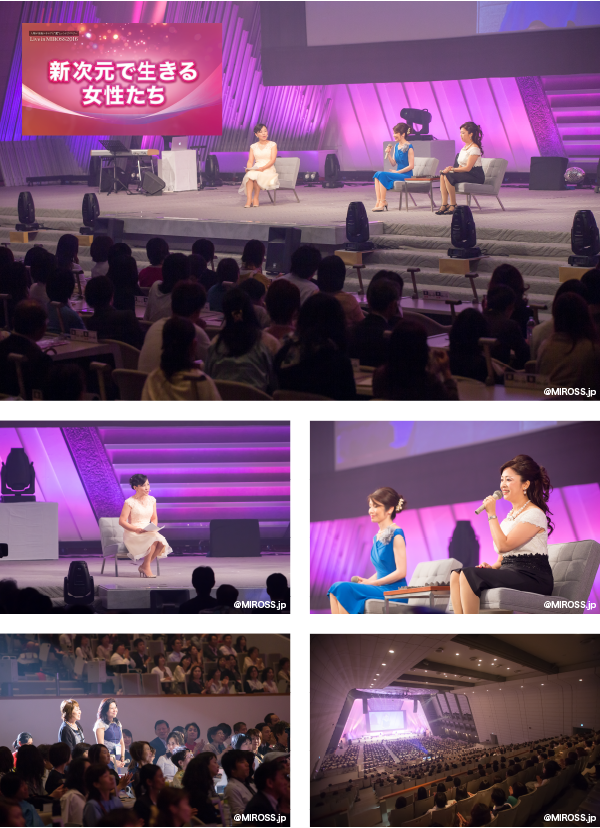 When people truly understand the root causes for their inability to manage their lives, they experience a drastic transformation. In the second act, women took the stage. Among them were two teachers at the Miross Academy, Ms. Nakahara and Ms. Yanagisawa, who described the new viewpoint that eliminates contradictions in society. Other women, who have experienced Miross, shared their phenomenal experiences：Ms. Akamine whose family and social environment was drastically transformed, and Ms. Yoshinaga who was totally freed from the rheumatism that she had suffered for 12 years. 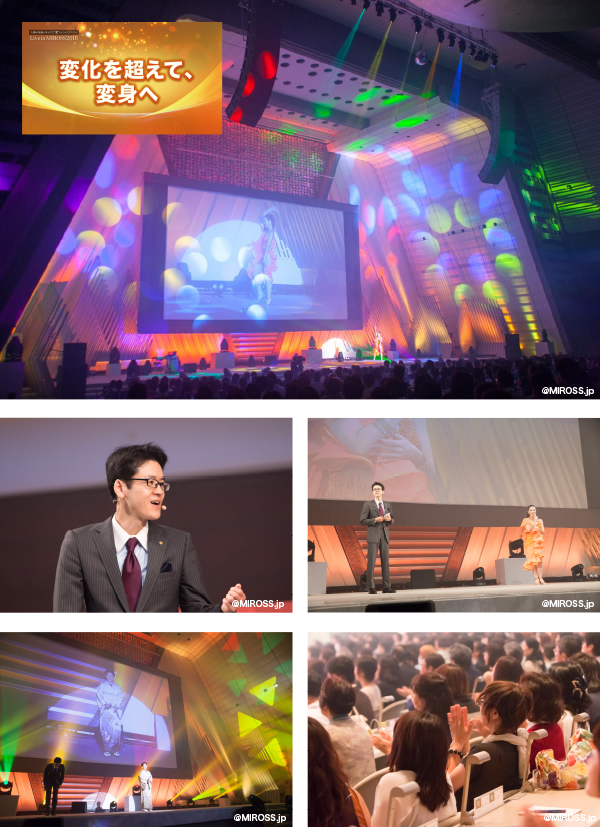 Ms. Sunahara, who had extremely painful experiences in her family relationships, interpersonal relationships, as well as illness and finances, described her present joyful life by performing an exquisite dance. Ms. Karatsu, who had suffered from severe financial problems, cancer, and her child’s troubles, fully recovered from such horrible situations and achieved her personal peace and financial success. They were the proof of the “before & after” situations that the Miross system makes instantly possible. 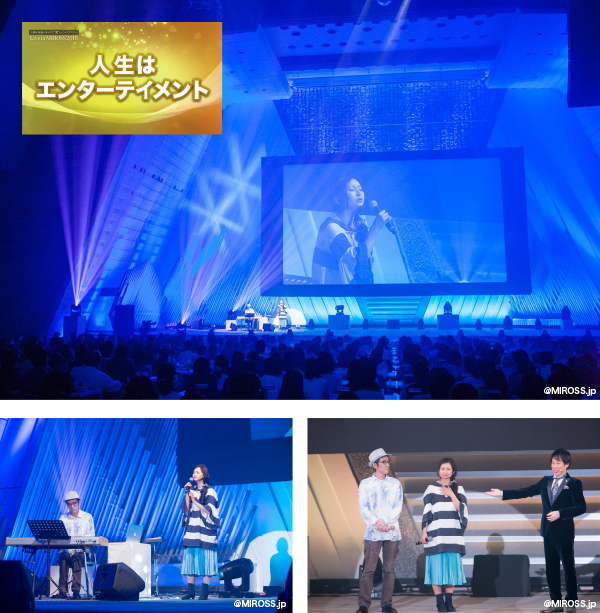 Mr. and Mrs. Omori appeared on stage. Mr. Omori is a famous composer of “Soul’s Refrain” in Neon Genesis EVANGELION, “Bloody Stream” in Jojo’s Bizarre Adventure, and many other works. Together with his wife, a singer, they integrated their inner energies to create special music. In the interview, they told how their attitudes and feelings toward their work had changed through the Miross system and that the system enables anyone to realize their infinite potential. 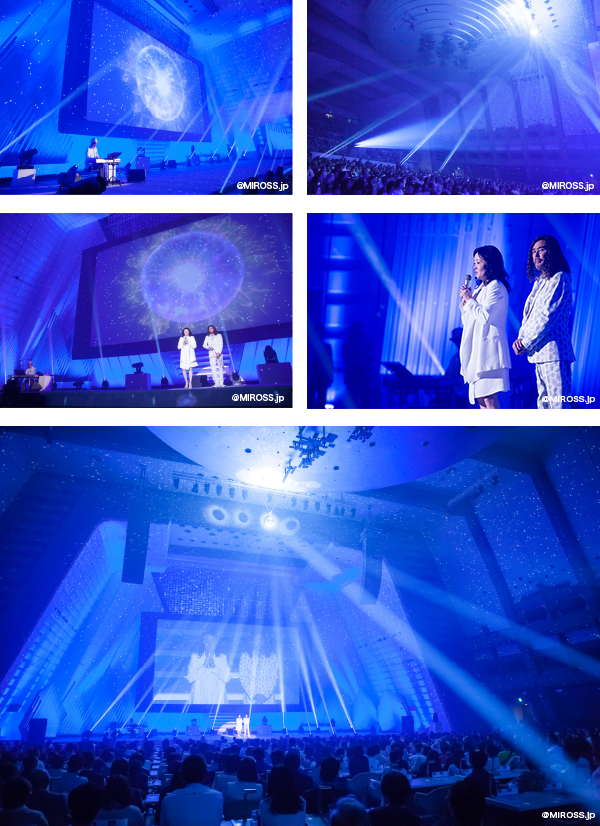 Rossco and Midori, who had discovered and developed the higher-dimensional intelligence into the Miross system, appeared on stage and talked about how the system as the higher-dimensional technology of love enables anyone to change their life and can transform society profoundly. The audience was convinced of their infinite potential.

In the party after the event, participants enjoyed interacting with each other in a warm and joyful atmosphere. 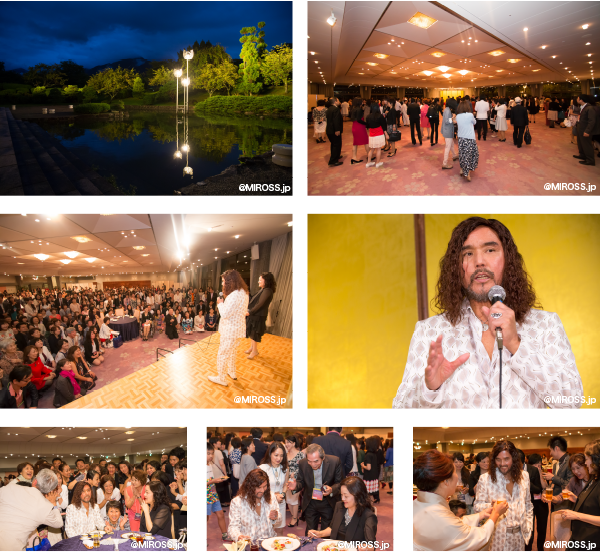 Thanks to the participants and those who supported the event, Live in Miross 2016 – We Have Finally Acquired the Ultimate Technology “Love” was met with great success. We would like to take this opportunity to express our sincere gratitude to all the people concerned.

There was always a feeling of separation within me in the past, but now, I can feel everything is myself. I’m able to see any phenomenon as something that has already ended, and I’m freed from ups and downs of my emotions. It feels like I can live in a very comfortable way with much ease, as I’m able to find happiness within myself. Ms. O. K., Female, 40s

Through Miross, we get to know the system, our own program, and our true beings that transcend the human program. When we can truly love and believe “our own selves - true beings”, we can transform ourselves. Anyone can. We are the potential itself that transcends conventional human thought system, or the human program. Through this program, such a process or experience itself is something worth loving and respecting, and everything turns into gratitude. Even after the event, I can still feel the essence of Rossco’s lecture from the first act, and am still so excited about the testimonials shared in the second act. The fact that I can feel this excitement and joy is truly my miracle. Thank you so much! Ms. M. Y., Female, 40s

First I was very moved by the opening performance with the beautiful music and illumination. I had been wondering if I could really practice the system, but this time, I was convinced of my inner transformation by seeing the transformation of the outside. I finally acquired the essence of the system. I’m stepping forward with a new start. Ms. S. A., Female, 40s

This is the 6th time I participated in this event. This time I was able to see that I had mistakenly thought that the Miross system was simply positive thinking. Miross awakens humankind, who have almost given up the true love between a man and a woman, to regain it. My partner and I now could give up positive thinking, and accept negativity as it is, and seize the opportunity and courage to create our world anew. The second act was also impressive, especially the potential of a completely new creation that can be achieved by a partnership. This event truly pushed us forward along the new path towards a profound practice of the Miross system. Mr. Yusuke Toba, Male, 30s

In the first act, when I listened to Rossco’s lecture, I was convinced that I would be able to master the system like learning to ride a bicycle, not by intellectually understanding it.

I was also enormously intrigued by Dr. Sato’s speech on the potential of the Miross system in the 4th industrial revolution. I’m excited with the image of future society – its transformation made possible by the technology of “love”. The success stories of two women, who were reborn from the abyss of destructive life, also were extremely impressive and appealed to me very much.

What impressed me most in the second act was the story of a husband and wife, who enjoy practicing the Miross system on a daily basis. I transposed them with the future of my wife and myself. By seeing their happiness, I felt the transformation of the world that is beginning to unfold. I’m very happy that I could participate in this event with my family – with my daughter last year, and this year with my wife. Mr. Kennichi Fujii, Male, 30s

In the first act, I was so happy to be able to listen to the description of the system. I thought that every experience I had in the past is the reverse of my own theme and that I just lived a life by the conventional thought system composed of two paired opposites. Nobody is responsible for what I have experienced. Nor am I. What seemed to be lacking most was there already to start with. I have lost nothing. The Miross system underlies everything, including the universe and love, and we were all born out of it. The system was already there before the beginning of the universe. That’s incredible. Everything surrounding us is nothing but the system – this fact completely astonished me but at the same time settled deeply in me.

In the second act, I felt convinced of the necessity of the Miross system to enable the bright future of humanity. What will become of our world? With this system, we will be able to end conflicts that seem impossible for humanity to do. I was also moved to see the kind of transformation that the women, who appeared on stage, had experienced. What impressed me most was a woman’s comment on her relationship with her husband. I could feel their profound bond, which is not only to understand each other as humans, but also to transcend their beings as humans.

Women played an important role in this year’s event, however many male participants felt that their inner femaleness was healed. The women on stage seemed to have forgotten the fact they had such horrible scars completely. That is the magic of Miross. To see them conveying their true happiness, I felt the world had already been transformed. I’m extremely grateful for the opportunity to attend this event. Ms. Kanako Inoue, Female, 30s

This is the 6th time I participated in this event. This time I was able to see that I had mistakenly thought that the Miross system was simply positive thinking. Miross awakens humankind, who have almost given up the true love between a man and a woman, to regain it. My partner and I now could give up positive thinking, and accept negativity as it is, and seize the opportunity and courage to create our world anew. The second act was also impressive, especially the potential of a completely new creation that can be achieved by a partnership. This event truly pushed us forward along the new path towards a profound practice of the Miross system. Mr. Yusuke Toba, Male, 30s

What I learned in the first act was: 1. We can understand the system only when it involves practice. Knowledge alone is not understanding.
2. Humans can acquire the true potential by achieving the union of consciousness and unconsciousness.
3. Everything that is divided in two is illusory. We just have to accept the phenomena before our eyes without any judgment - with a magic word, “Aha!”
In the second act, I became truly interested in the possibility of the fusion of artificial intelligence and the Miross system, or true love, in the 4th industrial revolution. I was also convinced of the infinite potential of creativity that can be achieved by partnership between man and woman. I’m determined to practice the Miross system, or the ultimate answer for humanity. Mr. N. H., Male, 50s 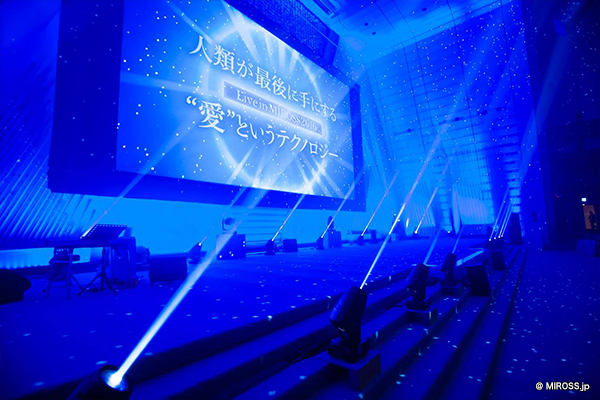 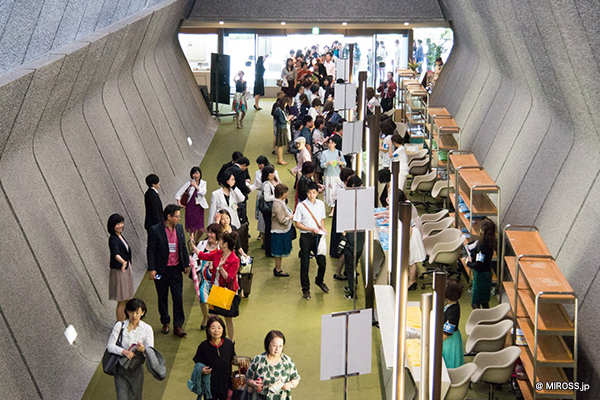