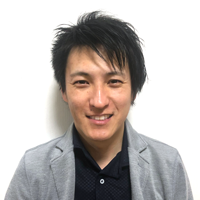 Transformation of the Life I Had Built on My False Assumptions

It happened six years ago when Mr. Fujii was 29 years old. He was married and had three children, but did not have regular work. He had moved from one job to another, and his finances and interpersonal relationships were horrible. It was a wonder that he and his wife had not divorced. But at that time, He encountered Miross, which fundamentally reset his life. Put yourself in his place – what would you have done to escape this situation?

A lack of love

My mother died suddenly when I was three years old. Two years later, my father remarried. There was a “new mother” in my home. I remember that I liked her and was very happy that she became my stepmother.

However, when I was in junior high school and high school, I became rebellious and we often argued, and it even got physical. After my brother was born, I felt unloved, because I was not her biological son. I felt like I was a stranger in my own home, and avoided staying at home. Eventually I started thinking of ending my life.

My parents were both addicted to pachinko, or Japanese pinball, a type of gambling. My family did not have an ordinary life because we were so much in debt and were scared of calls from the collectors. This experience created a vision within me: Money makes people unhappy. When my stepmother became pregnant with my brother, I said to her, “How do you think you can bring him up without money!?” and even kicked her hard in the belly. I then tore myself up inside from the tremendous guilt over this incident, which remained my mind long afterwards.

Time passed and I was unable to repair my relationship with my parents. One day I met my present wife and married her. I did not want to make my children suffer the same hardships that I did, and so I tried hard to make my family happy, using my parents as negative examples. However, the harder I tried, the more I encountered difficult situations. I was forced to see a world that is completely opposite to my ideal.

I worked hard towards my family’s happiness, but it exhausted me to the point where I lost interested in working and I kept quitting and changing jobs. However, I still had a bit of motivation that I could escape from the situation, and I continued reading about success philosophy and attempting self-development programs, in order to achieve my ideal image – everything was for my family. But I suffered from the great gap between my ideal and reality. This led to suicidal thoughts, as I believed that the world would be better off without me in it. I don’t know how many times I attempted committing suicide. I remember I was surfing on the internet looking into different ways to do so. I was also battering my wife and needless to say, our relationship was at worst. It was at this time that I encountered Miross.

Assumption is a delusion

The Miross system freed me from any false assumptions I had. As I previously mentioned, when my father married my stepmother, I felt that I was the only one in my family who was not loved. The world I had seen was just an unconscious image of myself reflected in the external environment: I was simply unable to love myself. In other words, my father and mother were just the reflection of myself.
When I understood that one is able to see only one side of any phenomenon, I could see that my father and mother actually loved me, which was not possible without Miross.

In this way, I was freed from my assumptions. I thought about my stepmother and called her. We enjoyed talking, and it seemed like we had moved past our previous issues. I ended our talk by saying, “Mom, thank you so much for raising me. I’m very happy that you became my mother.” I was able to express my sincere gratitude, which I would never have done before encountering Miross.

Miross causes a domino effect to solve all problems

Once that assumption was eliminated, all the other problems I had suffered were resolved, like one domino falling after another. When I was freed from the assumption that money makes people unhappy, my perspective on money completely changed. I soon had enough money to afford my dream house.

My assumption that I was a failure attracted negative phenomena to me. Once I accepted myself for who I really am, I realized that I was happy to be alive. That was the first time that I was able to accept myself. Moreover, my persistent desire to commit suicide disappeared, and I was finally able to find a great job, so I now have a regular salary. I repaired my relationship with my wife, and we were blessed with another child (our fourth child). My family now lives in a new home. My half brother whom I kicked when he was in my mother’s womb is also working with me in the same company now. This is just unbelievable.

Before I encountered Miross, I existed like a zombie. But thanks to the Miross system, I have been transformed. No matter what kind of life you are leading, Miross will completely transform it.

What did you think of this story? Without Miross, his relationship with his parents had remained difficult. Miross is not behavior modification. When you understand your deep-rooted thought patterns by learning the Miross system, all the difficult and hidden problems are explained, and this understanding causes them to begin the process of healing. This is why Miross is the master key to your life.