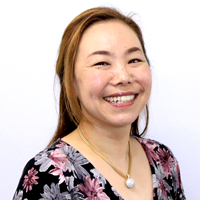 The biggest mystery of my life was solved! – Ending my own created drama –

If you look at life as a story, one kind may have many ups and downs and another may be fairly quiet without significant changes. Many of you might have experienced some dramatic event that makes you say, “I can’t believe such things happen in my life!”
If these events are caused by your own intentions…. Your view of life will make a dramatic change!

I was the oldest child

My father was an office worker and my mother was a housewife. I was born as the first of three sisters. My family was not wealthy, but we did not financially struggle either.
On holidays, my family would prepare lunch boxes and picnic in a nearby park, or make family trips to the seaside or mountains during summer vacation. I felt love from both of my parents.

When my sister was born, my parents started telling me, “now that you are a big sister, you need to be able to do things by yourself”, or “please behave as a big sister.” My parents always thought I should play the big sister role, and I took care of my younger sisters like a mother by changing her diaper and sharing a bed with her. I used to think that I grew up as the first daughter in a normal family “without any problems”.

When I was around in my mid-twenties, strange things started to happen one after another. First of all, my house was burnt down in a fire that broke out in the next house. All the good memories turned to ashes. After that, a thief broke into my house while I was out and I lost a huge amount of money. Then my husband died in a car accident five years after our marriage. The store I was running was flooded due to heavy rains. My friends died one after another, and my relatives had miscarriages and still births.
“What is going on? What is happening in my life?” Things happened like series of wild waves after a relatively quiet life. I had followed my parents’ words and was a good daughter, I lived properly, and I tried to atone when I made mistakes. I lived my life decently. But why do I have to suffer this much? I was totally dismayed with the events that felt like curses.

I was very depressed each time a bad event happened, but I pretended I was OK. As I was almost giving up on my life, I would tell myself, “After all, my life is miserable. That is how life is.” And I even developed an attitude where I thought I would have no regrets when I die. However, despite this attitude, since I work as a chiropractor, I learned psychology and tried to understand the relationship between the body and the mind, and sought an answer for the question, “Why do people get physically and mentally ill?” It was a prelude to understanding the biggest mystery, “Why did my life become full of misery?” No matter how much I learned, however, I never found the answer. Then I encountered Miross.

The key for unraveling life

When I attended a Miross seminar for the first time, I instantly realized that Miross was something totally different from what I had learned. From that day, I started understanding my life through Miross. My childhood was the key for that attempt. I had thought that there were no problems in my childhood and I had only positive feelings toward my parents. By taking a close look, however, I remembered that I had thought “Father did not want me because I was not a boy.” And I had actually wanted my mother to be more affectionate even though I had followed her instructions of “You need to behave like a big sister”. With those memories, my suppressed emotions toward my parents came to the surface.

During childhood, I felt that I had to live up to my parents’ expectations and thought that they would dislike me if I was selfish. Out of fear of losing their love, I thought that I should be a good daughter in order to get their approval. Because of this, I made an effort to be a good daughter. But no matter how hard I tried to be good, I had always felt that “nobody understands me” and ended up feeling inadequate. I found that this feeling of inadequacy or low self-esteem was the base of creating my sense of hopelessness.

As I had suppressed this sense of hopelessness, I had never realized that it existed.
Human beings usually go for the total opposite of what is suppressed in order to have balance, so I made an effort by having an attitude of “never giving up”. That was exactly the reason I was seeking answers by studying things such as psychology. As the system of the third dimensional world, no matter how hard I try to make things better, it results in intensifying what I suppressed (hopelessness), which manifests as intensified hopelessness. That was the series of miserable events I had experienced! I was so shocked to realize that those “disasters” were self-created! I was dumbfounded. The phenomena that my beloved people passed away one after another was the reflection of my own feeling of “I want to die”, as if showing me that “this is you”.

All the life events are self-created dramas as played by suppressed unconsciousness. By using Miross, I was successful with unraveling this biggest mystery of my life and was able to end my self-created drama. If I hadn’t encountered Miross, I would have kept wandering around seeking the answer. Now that I realized that I had created my own miserable life, I feel excited about creating a different life full of abundance from now on.

If one can understand this mechanism, anyone can transform his or her life. I really wish that you too could experience the magic ― you will certainly realize how great the Miross system is. You will surely know your greatest potential. And I would like to say that you don’t need to give up on anything anymore.

How did you feel about this story? Maybe every one of you also has some sort of “mystery in life”. Love relationships, marriage, relationships with parents, child-rearing, other interpersonal relationships… there may be a series of events that make you feel hopeless. But there is no need to give up! What if you can live a life that you create as you wish, by using the Miross system?