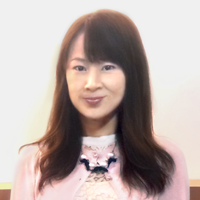 Shifting from a life full of ups and downs to a life filled with love!

“My life is not worth living”: There are many people who suffer from a sense of worthlessness that originates from such self-denial. In many cases this feeling originates from the relationship with their parents and caused by incorrect assumptions. How do these assumptions affect our lives?

Suicide of my father

My parents are Taiwanese and I was born and raised in Taiwan. My mother could not control my father, who did not stop gambling, being violent, and cheating on her so there were always troubles in my family. One day when I was still very young, my father suddenly died. He committed suicide together with his mistress. Then my mother ran away from home, leaving me behind.

I was passed around from relative to relative, moving from place to place. “I would be abandoned if I was to be disapproved.” I patiently tried to gauge the feelings of adults and tried very hard to “be a good girl.” I was “lonely” and “disconnected” no matter what I was doing or where I was. “What was I born for?” “What is the meaning of life?” These questions were always in my mind. I was always fighting desperately to live. And eventually, “raising a loving family” became my dream.

From Taiwan to Japan

I barely had contact with my mother after she ran away from home. When I was 15 years old my mother married a Japanese man and I moved to Japan with them. My life in Japan, with my family of 4 – me, my mother, stepfather, and their newborn baby girl – began. I could not understand Japanese but my stepfather was very kind to me and often took me on the family trips. Thanks to him I was able to experience a loving family for the first time in my life. He brought me a lot of happy memories.

However, these wonderful times did not last long. Since I had been living apart from my mother for a long time, I began to have conflicts with her. She was dominating and hysterical. She tried to take full control of me and ordered me around like a servant. I had dreamed of becoming a beautician but she was totally against it. In fact, she opposed everything I did. I worked many part-time jobs in order to be able to live independently and escape from the clutches of my mother.

Dreaming of a loving family

Eventually, I met a man at my work. I was convinced that I could “be happy with him” and so we got married. I gave birth to two boys and believed that “at last I could have a happy and loving family.” Although I pledged that “I would never get a divorce like my parents,” tragically my marriage ended in 9 years and my hard life started again, this time with 2 small children.

Several years later, a man 20 years younger than me asked me to marry him. While I thought I would never get married again, I was worn down by his eagerness and honesty and accepted his marriage proposal. When a long-awaited baby girl was born, I thought I would be happy this time around; however, one year later, I started to feel suspicious about my husband’s behavior.

He began to spend more than his salary and started to use my credit card, and I ended up receiving many bills. The money I had been saving for my children disappeared.
“Why do such thing happen to me?” The happiness I thought I achieved always slipped through my hands. “I can’t bear this anymore… I want to die. ”At the moment I was about to drive into the sea in my car, I received a call from my elder son and I gave up the idea of killing myself. At such a sad state of my life, I encountered Miross.

The root cause of my wrecked life

“I want to change my life! I want to be happy!” Desperate for any help I devoted myself taking Miross classes. The reason why I could not find happiness, no matter how hard I tried, was embedded in my childhood. As a child who survived my father’s suicide and who was abandoned by my mother, I was so lonely and felt unloved and worthless.
“I am not worth loving…” Always fighting desperately to live, I have been unconsciously suppressing and hiding a feeling of being unloved and worthlessness.

I had no way of knowing the system that this feeling of being worthless was always reflected on the person in front of me. “I did not appreciate myself.” That was all. That was why nobody appreciated me, including my mother and ex-husbands! When I realized that, I felt a strong sense of appreciation for the first time ever in my life, even towards my ex-husbands who I never thought I could forgive when we got divorced.

Accept and appreciate yourself

My broken heart gradually began to ease, and I started to see a glimmer of hope in my life. And then, to my surprise I received a call from my second husband. At the beginning I had my guard up; however, after some time after talking with him on the phone and actually met him, I was amazed to learn that he had become a totally different person and treated me with kindness. It was as if I finally was able to discover who he really was.

In spite of the agony I went through with him, I found myself thinking “He is the one and no one else” and soon we got back together. I was astonished by my change of mind.
I was convinced that “accepting and appreciating oneself” changes everything.

After encountering Miross and learning the mechanisms of things going wrong, my roller-coaster life has completed changed.
Now I am helping my husband run a business of his own while raising my children.
This year my 21-year-old son is starting to work as a beautician. I have never told him that my dream in my childhood was to become a beautician. My son has made my dream a reality for me.

“I found happiness at last.”

Since I was able to appreciate myself for the first time, the happiness will never slip through my hands.

What do you think about this story? The incorrect assumption of “being unloved” destroys lives. However, what this woman has done was simple; abandon incorrect assumptions and appreciate and love herself. Please keep this in mind; anybody can restart their life and be happy.