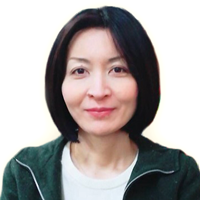 Revival of a veteran teacher! – I found that students are mirrors that reflect my internal state

Children not going to school, bullying, violence in schools… Education is full of problems. The teachers’ working conditions are also harsh, and the environment for teachers also has serious problems. Is it possible to create an “educational environment” where both teachers and children do not feel stressed at all?

Intense Life as a Teacher

My job is teaching at high school. I have been working for more than 20 years and I am now seen as a “veteran” teacher. But my reality was far from that image.

Every Monday morning before going to work, I always had diarrhea due to nervousness. And I always took a deep breath before entering the classroom, as the first class meeting of the week was the peak of the intensity. What I disliked was the “empty moment” after I presented information to the students. I did not feel like I could provide any useful information to the students. I was disgusted by that and always wanted to get out of the classroom as soon as possible! I felt like that every day. Because of this, the students did not like me. I always felt jealous of the teachers who were loved by the students, who did not get nervous in front of the students, who could tell funny stories, and who were always surrounded by the students.

“Maybe the job of a teacher is not for me…” When I started feeling this way, my daughter came home from school with a flyer. It was the flyer for a seminar and the title of “Stop Bullying”. The profile of the lecturer intrigued me and so I decided to attend the seminar. That was the occasion I encountered Miross.

Learned about the Mechanism

At that seminar, the lecturer described why bullying happens by using the Miross system. “Bullying” is a major social issue that is not limited to schools but the whole nation. I have done extensive research and worked on preventing bullying in various ways. What the lecturer talked in that seminar was totally different from anything I had ever heard. The lecturer said that there is a certain mechanism in bullying!

Bullying involves “the one who bullies” and “the one who is bullied”. We teachers perceive these parties as the assailant and the victim, and try to stop the bullying by either punishing or giving a warning to the assailant. But this has never worked as a total solution.

Why, then, does the assailant bully the victim? The reason is that the assailant sees in the victim the aspect of him/herself which he/she suppressed. It means that “the one who bullies” expresses strong resistance of seeing the aspect of him/herself which he/she hates. As this aspect appears in front of him/her, he/she cannot help but attack. Then, what about the victim? The victim also hates him/herself and often has such belief as “I shouldn’t have been born in this life” and attacks him/herself either consciously or subconsciously. This self-hatred gets reversed and shows up as a bully in the external world. This is the mechanism of this world.

The world changed in an instant

When I learned about this mechanism, I came to a sudden realization. I realized that my internal state was the same as that of “the one who is bullied”. I was always intense during the work, hated myself because my students did not like me, and was jealous of other teachers who were loved by the students. I realized that I was in self-denial. I always pushed myself saying, “I should be better!”, and always criticized myself. I understood that the indifference of the students toward me was the reflection of myself, of self-disgust and indifference with my own self. When I understood this, I felt relieved and saved.

When I went to the school the day after the seminar, the world I saw was totally different. The students who never paid attention to me started coming around to talk to me! They said, “Mrs. Izumikawa, about yesterday’s class…”, “Mrs. Izumikawa, please listen!” Before I knew, I was surrounded by students. “What is going on?” It took time for me to comprehend this sudden change, but it was the result of my experience with Miross and learning about the mechanism of this world. It was the product of accepting the fact that I was seeing self-denial in the students. It was so simple.

Treasure from the future

On that day, my life as a teacher transformed. I was no longer nervous. It felt so peaceful that I could accept what I see in the students as information for knowing the inner self. But troubles and issues did not stop happening. In the past, every time there was trouble at school, I would see it as a problem and would desperately try to fix it, but I was unsuccessful and thus blamed myself.

I have learned to observe each problem as the state of my balance by redirecting the perception to the self (by seeing the phenomena as reflection of the state of myself). With this awareness, I do not see problems as problems anymore.

Children are treasures for the world to create the future. Adults have the great mission to nurture this treasure and enable them to grow so that they can shine. Now I can say with confidence, “I am so glad that I work as a teacher!”

What did you think about this story? Perhaps she would have quit her job as a teacher if she did not encounter Miross. But by accepting things happening in front of her as the reflection of her own inner conflict, the world she was seeing transformed in an instant.
In the educational environment, children start to shine just by having a person who has experienced the touch of Miross!