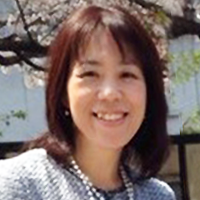 Rebirth of marriage and family! – Miracle of embracing one’s unconsciousness that is reflected in the other person –

We frequently see numerous fights and criminal cases among family members broadcast on the news and TV shows. Why do these horrible incidents of parents and children even killing each other keep happening? The family should be a place where it is safe and peaceful. And …. can you definitely say that your family is OK?

When I was very young, my father and mother fought a lot. My father would express his anger by yelling loudly and mother would shut down and be silent. I often witnessed petty quarrels with no discussion, and I vowed, “I will never have this type of marriage when I become an adult! I will definitely create a good family!” When I became an adult, I was determined to have an ideal relationship with my partner and create an ideal family.

Eventually I met a man with whom I thought I could create an ideal family. And I got married with a sense of hope. However, despite my intentions, things in the family started to go wrong little by little. I gave birth to two boys. First we thought we were doing fine with child rearing but my husband became indifferent toward it and he left everything about the children to me. He then was transferred without the family, leaving me alone with the children.

As my first son grew up, he started having issues at school. When he was in high school, he joined the band. He also started going to clubs with live music and would hang out with musicians. When I asked my husband for advice about what to do about our son, he was totally indifferent and seemed to indicate “it is not my business”. Because of these situations I even started studying psychology and the philosophy of success.

My husband’s relationships with his staff were not going well. My son’s bad behavior escalated and the police were often involved. He became violent to family members, and I felt like my family was falling apart. But I did not give up and tried desperately to rebuild the family by learning many more things.

Despite my efforts, things kept getting worse. I could not do anything about my son’s violence. I was totally exhausted, both mentally and physically, and I thought that I would kill him and then kill myself. But when I wrapped my fingers around his neck, he woke up. It was fortunate that he woke up at that moment because I was able to return to sanity.

“How did my life end up like this?” When I was at the very bottom, I encountered Miross. I was totally shocked when I learned about traps of this world and the Miross system for the first time!

I had felt that my husband was indifferent and cold all the time. And I used to think that I was the only person who was trying to fix that negative situation. When I learned that “what you feel about the person in front of you is what you are doing to yourself” and about mechanism of the various human experiences, I came to an understanding that I was the most “indifferent” to myself! It meant that I was neglecting the self while I was paying attention to my husband, children, and others and was trying so hard to fix our problems. And my husband, as a clear reflection of my unconsciousness, was showing me the “I who was indifferent to the self”. First I thought, “No way! Was it really me who was indifferent?!” But when I really came to this realization, I was at a loss and utterly speechless. And then when I was free from the belief that my husband was indifferent, I started to feel gratitude toward him. I was amazed by that feeling. At the same time, I was able to unravel the mystery of “why things did not go well before”.

Several days later, I had another surprising event! My husband gave me a birthday gift on my birthday! It was not because of the gift as such. It was his gesture – he was doing it as natural act of love. And more amazingly I was able to genuinely feel that. It was the first time I felt like that since we had gotten married. After I came to know Miross, my relationship with my husband transformed to the extent that I felt “very happy that I chose him!”

Furthermore, our oldest son found something he wants to do. He formed a music band in Tokyo and debuted on a major label! On top of that, his music band became so popular that it is now hard to get a ticket to see them in concert. When he came to me with this wonderful news, he was a totally different person from previously in his life.

By encountering Miross, my relationship with my husband, children, and the entire family was transformed. What if I never encountered Miross? Without doubt, I would have never had this incredible experience. And the transformation I had is now being transmitted to my relatives and friends. From this experience, I am certain that ending inner conflict leads to a manifestation of world peace.

What did you think of this story? It is quite possible that the woman in this story could have ended up as one of the horrible events on the news. But she was able to avoid it by understanding the mechanism of this world as to why “things do not go well”. Miross can bring a definitive end to conflicts among family members!