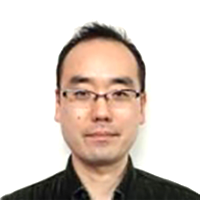 The WHO announced that approximately eight hundred thousand people committed suicide during the past year. It means that some place in this world, one person kills him/herself every 40 seconds.
This figure is the official number but this does not count the number of people who consider suicide. So, one may wonder how many people actually suffer to the extent that they consider suicide? And what is going through their minds?

I wanted to disappear!

I suffered from depression since I was 15 years old. I sometimes did not go to school and shut myself up in my room and there were times when I was kept on a high dose of medication. When I was 20 years old, I pulled myself together and started working in an office. But I was troubled by interpersonal relationships at work and went from one job to another. I hated myself for repeating this unhealthy pattern.

I believed that I did not deserve to live. I repeatedly stumbled then managed to recover, and followed this pattern again and again. In an attempt to change this pattern, I went to counseling and participated in spiritual learnings by joining various groups. When I joined these groups, I felt better but it lasted only a short time, and my interpersonal relationships continued to suffer.
Every time I was stressed, I thought “I just want to disappear!” and my desire to commit suicide kept getting stronger. One day I thought, “I have had enough.” But at that very instant, my friend told me about Miross. I thought, “If this does not work, I am really going to die.” As a last resort, I tried Miross.

The Beginning of My Liberation

I studied Miross by attending multiple seminars. During those seminars, I put myself in the mindset of the teachers and fellow students and simply let out my negativity by following the teacher’s guidance. In the meantime, the fellow students were there for me, sometimes laughing or shedding tears with me, or simply listening. When the 4 class seminar was over, I realized something… my desire to commit suicide had disappeared! I had not signed up for the seminar in order to eliminate my desire to commit suicide but it naturally happened. I was totally surprised. I had tried for many years to overcome my suicidal tendencies but now they had vanished in only one month! On top of that, it happened while I was not really aware of it.

Overall View of My Life

I continued to practice Miross and learned more about the System, which made me able to start seeing my life clearly. I used to be troubled by interpersonal relationships at school and in the workplace. I had a tendency to believe that relationships with people had deteriorated because “the other person” had attacked me, and I hated myself for that. To combat this, I continually changed my environment, but it never changed the dynamics. The Miross System taught me that “the world you see outside is the reflection of your internal state”. This means that my sense of self-denial was reversed and manifested externally as the experience of being blamed by someone else. I thought, “I can’t believe it! I never realized that the self-denial in my unconscious created my experiences outside the world!” It was quite shocking. But when I understood it, I was liberated and the world I encountered changed.

First of all, my interpersonal relationships at work underwent a tremendous change. I used to be blamed by my boss and colleagues, but these attitudes completely stopped right after I started practicing Miross. I was able to view their behavior as it was and I became able to acknowledge it without making any mental judgments. There was also an incident that occurred while I was taking the seminar. A malignant tumor was found in my father’s lung which required that he be hospitalized for surgery. I understood that my father’s illness was the result of not expressing his feelings, and found that it was the same as my self-denial. I learned that my “father is expressing my internal state”. The following day, at the re-check before hospitalization, the tumor had shrunk to half the size, the surgery was cancelled, and he was deemed to be in remission. And the tumor kept shrinking during each follow-up check, and it finally totally disappeared.

As you can see, my life went through a drastic transformation because of Miross. The “self-denial”, which had largely controlled my life, became non-existent and it was replaced by strong sense of peace. Currently, I have been openly expressing my joy at “encountering Miross, which has provided me with a strong sense of confidence” to my family and friends. I can do this because I am a living witness of someone who experienced the end of internal conflict and a total transformation of the world I see.

What do you think about this story? The increase in the number of people who commit suicide has been a serious social issue around the world. These people likely have a sense of “self-denial”.
The number of suicides could be substantially reduced if others can experience what the man in this story did. Your life will change too if you understand Miross!