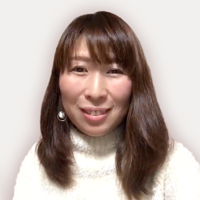 “Liberation from a sense of guilt”

“I have done something terribly wrong…” – we tend to feel guilty when we regret something we did in the past. Maybe many of you have this experience. It is often said, “let go of your guilt and erase that feeling” in the field of self-development, but is there a specific way of releasing or eliminating it completely?

Life never goes as I wish

I have a job as childcare worker and have four of my own children waiting for me when I get home after work. I just kept persevering with my job, childrearing, and supporting my husband’s self-employed business every day. During this time, I began waking up in the morning with a vague sense of oppression. And I started suffering from a constant sense of urgency and guilt, without knowing where it came from. In spite of this, I kept the same pace of pushing forward with the tasks at hand.

My brain and physical body lost their normal functions and I became unable to do normal daily activities for example, taking more than 3 hours for preparing supper. Then I became depressed and reached a breaking point, both mentally and physically.

In the meantime, my second daughter, who is in junior high school and is on the track team at her school was diagnosed with rheumatoid arthritis. The coach was pleased with her performance and thought she had great potential. But because of the rheumatism, she could not participate in the upcoming sporting events. My daughter and I were both shocked with this turn of events. After her diagnosis, my daughter was on many medications, including some for pain-relief, but there were no signs of improvement. To make matters worse, she started being bullied at school due to her illness. I thought,” why do things never go as I wish, no matter how hard I work?”

The Miross system clearly gave the answers to all of my questions about life. By practicing Miross, I discovered that an incident from my past caused all of the twists and turns in my life.

A tragic accident made me feel guilty

This happened during a summer break when I was in third grade. One day my parents went to work and my 2-year old brother and I stayed home with our 90-year old great grandmother. I got bored with staying home and slipped out and visited a friend to play. When I got home, my brother had disappeared and my great grandmother and grandfather were looking for him. I joined the search, and to our disbelief, we found him dead. It was my first encounter with death. I still clearly remember my mother screaming and crying. This extremely shocking experience was erased from my conscious mind and its memory fell deep into my unconscious. I thought “only if I did not go outside back then” and this sense of guilt remained in my psyche, which took full control of my life afterwards.

As if making up for this sense of guilt, I chose the job as a childcare worker and took care of many children, and also gave birth to four children. I tried to be the perfect mother. I just kept working very hard and ended up becoming depressed.

An Overview of My Life

After I did let go of the sense of guilt, everything in my life started to change. My depression lifted instantly and I was able to prepare meals again. My second daughter’s rheumatism was completely cured. She was able to stop taking medications and she found activities that she enjoys. She also stopped being bullied and now has good relationships with her friends. These liberating experiences also happened to my husband.

My husband is father to a child of someone he never married. He had been paying child support, and he paid it up when my daughter and I were no longer suffering. This means that he also felt guilty about “not being able to rear the child” but he was able to shake free of that feeling.

By applying the MIROSS system and discovering the root pattern that was buried deep inside of me, I was able to let go of this sense of guilt. As result, every person that I interacted with felt this sense of release and our worlds totally changed!

What did you think about this story? The “root pattern” which was presented in this story exists in the lives of each and every one of us. Human beings live life without knowing it, and we are influenced by the drama created by this pattern. It can cause tremendous troubles and suffering for our entire lives. It would have been utterly impossible for the subject of this story to be free of this sense of guilt without having the specific point of view she obtained by practicing Miross. Why don’t you also obtain a “new-dimensional viewpoint” by practicing the Miross system and live the life “as you wish” in a true sense of the word?