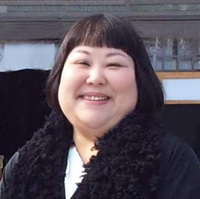 “I actually loved my mother! – I broke free of a spell through my mother’s love –”

Do you have good relationship with your parents and children? Some of you might say, “I dislike my father,” “I cannot forgive my mother,” or “I don’t feel affection towards my child.” But were you like that all along? Perhaps not for many. For some reasons, it sometimes happens that you start hating people whom you used to love or whom you “actually” love. How does such a thing happen? Can they go back to the loving relationship that they used to have? There are certain mechanisms that you may not be aware of. By taking a proper look at them, any relationship can be restored to its natural state.

I hated my mother

I hated my mother. I always thought that our family will be happy without her. I even had this extreme idea that there are only two options for me to be happy, either my mother dies or I leave the family. My hatred toward her was that intense.

When I was young, there were seven members of my family; the grandparents on my father’s side, my parents, my younger sister and brother, and myself. There were constant conflicts within the family, and my mother was always quarrelling with my father and her mother-in-law. When I reflect on her situation, I understand that my mother had a hard time and was always irritated because my father often got drunk and fought with others. Her mother-in-law often interfered about the way my mother raised her children, the children didn’t listen to her, and nobody acknowledged her efforts. However, my image of an ideal mother was a mother who has a big heart and is generous, so I could not forgive her for always having conflicts with others.

I learned about the System

I attended Miross seminars several times. I said to the teacher, “I hate my mother!” The teacher asked me, “What aspect of your mother do you hate?” I replied, “I hate everything about her.” Then the teacher said, “Oh, I see. That means that you watch your mother all the time.” The statement by the teacher surprised me. “What? Do I watch my mother even though I hate her so much?” I felt resistant instantly, and could not accept or agree with that. But after some time and contemplation of that fact, I realized and agreed, “Yes, the teacher was right. I always have watched my mother.” After learning the mechanisms of this world and its hidden tricks, I was totally fascinated by the Miross System. After that, I started to go to the Miross Academy in order to have a deeper understanding of the System.

The Reality I wanted to experience

I started having a strong desire to talk about Miross, and it became a daily habit to do so with my mother. I didn’t know if my mother could understand it, but I kept talking anyway with a sense of joy. One day, I remembered the teacher’s other statement, “Everything is divided in two, and it exists as a pair.” I thought, “If everything exists as a pair, then ‘hate’ also cannot exist alone. It means that ‘love’ exists as the pair of ‘hate’!” I was able to understand that my assumptions about my mother started breaking down, not only with a logical understanding of the mechanism and system, but also with a simple honest understanding.

Then one day, to my amazement, mother suddenly said to me, “I understand the meaning of living in ‘the Now’!” Despite the fact that she hated her mother-in-law, she said, “Grandma used to be a nasty person who complained a lot, but looking at her now, she just eats and sleeps when she wants. Now she is like a baby.” On top of that, mother was attentively looking into her mother-in-law’s eyes and was smiling! I was so happy to see that, and shed tears of joy. I always wanted to see my mother like that! It was like a dream came true that I was still alive to experience this situation.

I love my mother so much

I’ve actually loved my mother! I remembered focusing on certain negative aspects of her. After that false assumption was removed, I was able to see my mother as genuine and pure like a child. I feel like it was a bad dream when I hated my mother and wished that she did not exist, and I just find her so adorable now. The person in charge of caretaking said to me, “I’ve never seen a family who bring such harmony and laughter to caregiving! We would like you to share your experiences at our nursing-care facility.” I then had an opportunity to share my experiences at the nursing home.

I think that this dramatic change in a parent and child relationship would never have happened without Miross. For anyone to be truly happy in life, without happiness in family, I don’t think we can achieve and experience that. I intend to share this wonderful experience with many people who do not know of Miross and who never seen the true aspect of their parents.

What do you think about this story? Often relationships between parents and children, and between a wife and a mother-in-law, are difficult to restore once they are damaged. What do people want in these relationships? There is only one answer. Everyone wants to be loved. But they do not know the mechanisms of relationships. With Miross, any troubled relationship can be fixed, which will make everyone happy.