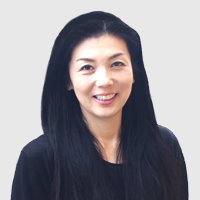 Get Rid of Those Old Thought Patterns! Partnerships Have Infinite Possibilities!

Different Sets of Values of Men and Women Cause Marital Conflicts

My husband owns a construction company. When we got married, we were satisfied with orders of the maximum allowed from the local governments.

I had my own sets of predetermined value, defining how a good wife and mother should be in order to create a happy family. My husband only focused on his work and did nothing outside of work. Things seemed to be fine at first.

Just like other couples, we got married as we loved each other very much. However, familiarity breeds contempt and eventually we began to drift apart. My husband believed in a division of labor based on his values of what men and women should do, so he never paid attention to our children as he thought that such a responsibility was reserved for women. Our relationship started to deteriorate.

I later began to help his company and often made suggestions for the sake of the company, but he was completely dismissive. He eventually started expressing his disdain verbally. My disgust toward my husband kept growing and I no longer could bear being with him. It was only because of my children that I thought I would try to keep our marriage alive. However, I kept thinking about filing for divorce and I tried to do so twice but failed both times because of my husband’s rejection. Finally, the third attempt came and this time both of us had already spoken to our parents as well as our children, and when I was about to file the divorce papers for the third and last time, I thought, I encountered Miross. Only much later, I realized that Miross saved our marriage.

Miross taught me that how I felt toward others was actually how I felt about myself. I didn’t understand this at first since I thought my husband was the one to be blamed as he ignored me and did not appreciate me. Nevertheless, I continued to apply the methods I learned from Miross to my daily experience. Then something curious happened.

My husband had always dismissed my suggestions, but one time he actually accepted them, and said “That is an idea worth considering!” showing the expression of acceptance of me for the first time. Next he told me that he would try to obtain a large order from the Construction and Transportation Ministry. It seemed to me that he was breaking free of the chains he had been constrained by for years.

One day my sister told me that she had to cancel our plans to see a play. I then threw it out to my husband and asked if he was interested in attending. Since it was the first day of the public bid held by the Construction and Transportation Ministry, I expected my workaholic husband to say “No way! How can you think that I have time to play?”

To my shock, he said yes and we had a lovely time seeing the play together, without feeling guilty about not working. Surprisingly, on our way home, we heard that our company had won the bid from the Construction and Transportation Ministry. Needless to say we were filled with jubilation.

Revival of Our Partnership

As I know Miross, I now realize that my husband, whom I thought was too preoccupied with work to enjoy his private life was in fact the reflection of me, just focusing on being a good wife and mother and not enjoying the life at all. He who ignored me and did not accept me was indeed me myself who clung to the traditional roles and did not accept his way of thinking.

Before I encountered Miross, the company was small. Just a few years later it has grown into a huge company. Last year, we even received an award from the Construction and Transportation Ministry and our business just keeps on growing as a result.

Once we communicate and express our desires “between ourselves” anything seems to be materialized nowadays.

Needless to say, the concept of a divorce has totally disappeared from my mind. We have become true partners, both at home and at work. I no longer worry about my husband ignoring me or not appreciating me. That “husband” simply vanished. We got married as we loved each other deeply and after so many years I feel our relationship now is even much better than then. It is amazing!

We realized that the secret of everything lies in a partnership. We look forward to continuing to enjoy infinite possibilities and the power of “creation” engendered by our partnership.

What did you think of this story? Miross helped her realize that what we feel toward others is actually what we feel about ourselves. She felt that her husband ignored her and did not appreciate her. When she applied the Miross system to her situation by re-directing what she felt toward her husband to herself, she realized that she in fact was the one who was not paying enough attention to herself and not appreciating herself. This awareness simply resulted in making a tremendous impact on her relationships, and totally transforming her life.