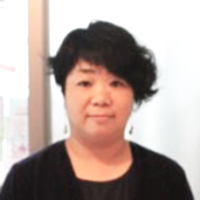 Being left out, being the subject of gossip, and being abused physically and emotionally – the issue of bullying, which sometimes results in suicide in the worst case, has been getting worse every year, and it is considered a social problem requiring national attention.

Moreover, bullying casts a dark shadow not only on the educational environment but also on society in general. Unfortunately, however, there has not been drastic action taken to counteract this problem.

We are introducing here the case of a woman who suffered from bullying for a long time but who was able to completely eliminate it from her life by applying the Miross system to demystify the mechanisms of how bullying occurs.

There was no place for me in my life

My nuclear family includes my father, mother, and elder brother. My brother and I were total opposites, both in appearances and personality. My mother always compared me with him and said, “Your brother is smart, obedient, and such a good boy. He is good at drawing pictures. But you are stubborn and don’t listen to me. You are nothing like him”. Although I wanted to be loved and accepted by her, I never felt there was a place for me at home. My self-esteem suffered.

Despite this painful situation, I always tried to be cheerful. But when I was a fifth grader at elementary school, my best friend suddenly told me that she was no longer my friend. From that day on, I experienced endless bullying.

After graduating from elementary school, I continued to be traumatized by bullying throughout my school years as well as in my workplace.

“I just want to disappear!”

Eventually I started to consider killing myself, but did not have the courage to take my own life.

But things began to change after I got married and had children. My son and daughter grew, and I felt that I finally had achieved a peaceful life.

However, one day I learned that my son, who was a fifth grader, was being bullied. Although I hated bullying more than anything else, I tolerated being the subject of bullying, but only in myself. I felt totally different way when I heard that my son was the victim. I wished I could trade places with him, but I didn’t know what to do to save him. When I was going through these excruciating experiences, I encountered Miross. A friend mentioned a Miross seminar, and I thought this was our last resort and decided to attend it.

The seminar was something that completely turned around conventional wisdom. I finally saw a faint flicker of light at the end of a long tunnel. I was delighted to be able to see where I fit in.

During my childhood, I felt a lack of love from my mother. However, by applying the Miross system, I was able to understand that was why I had such self-esteem issues and I believed that I was worthless.

Generally, self-negation means looking down on oneself. However, a different perspective indicated that there was an energy attacking myself from within. In this world, our actions are reversed and reflected in other people. In my case, the energy from my self-hatred was reversed and was manifested as a bully. But the truth was that the bully existed because of my self-negation. .

Miross was responsible for my understanding of this mechanism. Previously, I simply turned within, and hid my problems. However, the world does not change unless what is inside changes. To compound matters, my thought pattern was passed down to my children, and so my son had the same experiences as mine. Thought patterns are also inherited.

By understanding this mechanism, both my son and I were transformed into different people. He no longer suffers from bullying, and school became a pleasant place for him. He even became a top athlete not only in his school but in the whole region though he was once considered extremely unfit and weak physically.

I suddenly won the respect of my boss and was put in charge of an important task, which I had previously never imagined. Additionally, I was asked to make a lecture at the PTA meeting at the junior high school. This experience helped me truly understand that when we accept ourselves, other people accept us too.

Before encountering Miross, I had thought that the world would be better without me. But I have shifted to a new way of living and believe I have true value. I am determined to share this invaluable experience with others who are suffering from similar experiences.

What do you think? The moment she felt like a victim, there was a perpetrator in front of her. The world functions on this simple mechanism. With Miross, she was able to escape from being bullied simply by understanding that what we experience is a reflection of our inner conflicts. When we can overcome our inner battles, we will be able to eliminate all other battles we face.