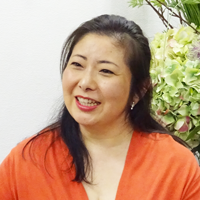 Depression is one of the major mental disorders. About 350 million people worldwide are estimated to suffer from this disease. Symptoms of depression occur due to a combination of factors. People who cannot forgive themselves are considered to be more susceptible to symptoms of depression.

Here is a case where a woman who had suffered from depression for over 10 years ended her depression by being able to forgive herself through the application of the Miross system. She successfully demystified the patterns she had fallen into, and was able to liberate herself in an instant. Now it is your turn to forgive yourself.

About 10 years ago, I began to work as a business consultant and kept travelling feverishly all over the country. People around me viewed me as a powerful career oriented woman. Even when I was exhausted, I continued to work because I thought I had to maintain this image. So even when I felt anxious or apprehensive, I kept up this façade and did not show any weakness.

One day, I was taken to the hospital as I had trouble breathing. The doctor diagnosed this event as a symptom of a panic disorder. After undergoing testing, I learned that my internal organs were severely damaged, and I was hospitalized. Later I was diagnosed with depression.

I was able to return home but I started staying in bed almost all day long, unable to do any household chores. It was astounding that I could fall so far after being able to work so hard with such energy. I tried so many different treatments but to no avail. I lost any hope to do anything, and stayed in the house crying every day, wondering how I could end my life. However, one day I told myself I just could not just go on like this, and asked an old friend for help. That is when I encountered Miross.

I had to gather all my strength and managed to go out to go to a Miross seminar recommended by my friend. When I listened to the lecture, my intuition told me that this might free me from my excruciating situation.

I trusted my intuition and decided to take a course at the school, and hoped to learn more about the Miross system. As the teacher led me and other participants who had a similar life theme as mine, I was able to view my past experiences from an objective point of view and understood clearly the reasons why I had become depressed.

Being seen as a super-powerful woman, I was a perfectionist and had never shown any of my weaknesses to others. Indeed, I always had high standards and was hard on myself, however I knew that there was a gap between my reality and my standards. When I was unable to do something, I could not forgive myself and believed that I was worthless. I unconsciously bound myself by imposing many strict rules on myself. I also blamed myself when I strayed from the rules even slightly and at the same time hated myself for being so weak.

Through the Miross system, I discovered why I had become depressed. I tried to rest, using depression as the reason, simply to relieve the exhaustion caused by my thought patterns. I realized that I had created a foolish drama written and enacted by myself: I made my rules, blamed myself, developed my disease, and suffered from it. “How silly it was!”, I simply had to laugh.

My depression gave me the opportunity to encounter Miross, which is where I was able to achieve the viewpoint to truly see myself. “Everything was fine with me.”Miross enabled me to accept and forgive myself for the first time in my life.

Starting a new way of living

The moment I discovered the mechanism which caused my depression, I said to myself, “I will not live like this anymore”, and made up my mind to quit the way of living that I had led so far and chose a new one. I started a new life, one where I did not try to meet other people’s expectations and simply listen to my inner voice to do what I truly wanted to do.

When I applied the Miross system to my life, I realized that everything depends on what I do, and I felt like I was born again. Now I’m enjoying my life with enthusiasm and look forward with hope to the second life awaiting me.

What do you think? It is easy to refer to the phrase “forgive myself”, but it is actually very difficult to accomplish. The reason is that we do not have the viewpoint from a dimensionally displaced position. However, this becomes possible by applying the Miross system. Miross enables us to see our true selves. Would you like to finally see your true self?