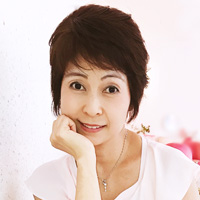 “Independence and dependence”, “good and evil”, “warm and cold”… Humans live their lives choosing one of these opposites because they dislike the other. Do you have an experience where the one you disliked appeared as a reality? Today’s story is about a woman who was able to see this trap by understanding Miross.

From a happy life to a miserable one

I was born in an ordinary family that included my mother, father, elder sister and younger brother. When I was a child, my parents had a good relationship and the atmosphere of our home was cheerful and happy. “Harmonious marriage and a peaceful family”. That was my mother’s vision and she raised her children based on that concept.
However, my family had a dramatic change after an accident.

It happened when I was in the first grade. My father had a car accident. In that accident, the person he hit with his car died. The shocking fact was, in that car my father drove was a woman whom he was having an affair with. Fortunately, the accident was not my father’s fault and he was not convicted of a crime. But after that accident, the smiling faces were gone from my family due to my father’s affair. My father felt very guilty and became miserable. Our happy family was totally ruined. I hated my father as his actions ruined our happiness, and at the same time, I came to have a vision and determined “I will have a happy family when I marry!”

In seeking an ideal

I got married with that goal in mind, and was blessed by giving birth to one boy and three girls. I tried to have a good relationship with my husband and to create a home full of laughter. I always kept the thought, “I will achieve the happy family that my mother could not!” I tried my best to be a good wife, good mother, and to perfectly raise the children. However, the harder I tried, the totally opposite happened.

I placed special emphasis on my son getting a stable job. There was a police station in the neighborhood and I learned that policemen were teaching Kendo there. I thought, “If my son goes to a Kendo class, he may create a connection to become a policeman in the future.” So I had him go to the Kendo class. Other than Kendo, I packed my son’s schedule with other study programs after school. Without listening to my son’s intentions or desire, I had him go to the high school where Kendo activity is emphasized and had him focus especially on Kendo. I had never doubted that I was doing what was best for him.

When my son was in the second year of high school, he fell ill and was hospitalized for some time, and it impacted his Kendo activity. He was excluded from the member and could not practice at all. He also failed in his entrance exam for university. After that he became withdrawn and violent at home. “My ideal image of son” rapidly broke down. My husband was living apart from our family due to a job transfer, and he was not helpful with that situation at all. My relationship with my husband also deteriorated even to the point where I wished he had died, and my relationships with my son and daughter were horrible. In addition, we were in financial trouble and my life was a mess. Then, I heard about Miross.

Discovery of the pattern

Even though I tried my hardest on child rearing, things did not go as desired. There was nothing else I could do and I was in a desperate state. But when I learned the mechanism of human experience and the reason things do not go well, the answers to my various questions became clear, and I was able to unravel the mysteries of my life.

I learned that in this world, the more you try to achieve the plus (stability) by hating the minus (instability), the suppressed minus grows, and it eventually gets reversed and the minus shows up as the external reality.

This pattern was handed down from my ancestors, and I was able to break this chain of negative spiraling by using the Miross system. My relationship with my husband made a dramatic transformation, my relationship with my children improved, and my whole family was totally revived. In addition, our financial condition improved, and my parents and siblings also prospered. I used to hate one side of the coin and kept living only with one wing, but now I have found a new way of living and enjoy the life I desire with my family. I would like to say that actually “everything” was already there or has always been there just in front of me but I was trying very hard to find what I wanted elsewhere.

What did you think about this story? She discovered the pattern of unconsciousness through the Miross system of new intelligence of human beings, and understood that the pattern had been passed down from her mother. That understanding broke the chain of negative spirals that may have been passed on to the next generation. And that led to harmony not only of the family relationships, but financial conditions. It is certain that everyone has such unconscious patterns.