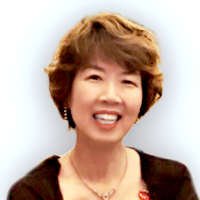 Any miserable life, no matter how horrible it is, can be overcome – the mechanism of abuse is now uncovered!

These days news reports about “abuse” are drawing a lot of attention. In particular, “child abuse” has become a serious social issue. Sad news of adults committing violence against young helpless children that sometimes ends in death show no signs of dropping off. While people ask “why?”, the perpetrators also ask themselves why they were unable to control their emotion and could not help themselves committing such crimes.. Here is a case of a woman who went through a rough experience but found a clear answer to these questions.

When I was young, I lived in a family of 5, with my parents, elder sister, and my paternal grandmother. My mother was gentle and fashionable. I was so proud of her. However, when I was in second grade in the elementary school, she changed suddenly and so did my life.
After that, I went through a nightmare of brutal assaults on an almost daily basis.

“Crash!!” I ran toward a loud crash of breaking glass and found my mother striking an aggressive pose with my grandmother sinking down to the floor. Between them was shattered display case for a doll. The direct cause of the struggle was the stress my mother felt over the obsessive intimacy between my father and my grandmother (father’s biological mother). From that day on, my mother turned into a different person.

She began drinking alcohol excessively and screamed constantly. She became violent, punching and kicking, and went to the extremes of starting the kids’ room on fire, endangering the entire house. Even in such horrific conditions, my father was always absent from home and did nothing to protect us. He was a sailor and hardly came back home throughout the year. Although I knew it was his job, I could not help feeling neglected. My grandmother was also a victim of domestic violence and had no strength to protect us. The only one who acted as a shield to protect me was my older sister.

When my father occasionally returned home, he would try to control my mother’s abusive language and violence. However, she would grab a knife and come at him screaming, “I will kill you!” Eventually, she would point her knife at us. “We will get killed if this goes on!” My sister and I ran from the house, trying to find somewhere we could kill ourselves. However, we could not find a place where we wanted to die and with resignation, we had no other choice than to go back home where “that mother” was.

“You look just like your grandmother (my father’s biological mother)! Go to your grandmother! Don’t look at me!” She used to curse at me, giving me a cold look as if she was seeing something disgusting. “Why did you give birth to me, then?!” “I shouldn’t have been born.” I started to hate myself. In this way, my self-denial grew deeper and darker. I grew up without feeling even a bit of my mother’s love, which I longed for so much.

Mother as a teacher by negative example…

“I will never ever be like her!” Determined, I got married to escape from her and gave birth to a baby boy. Despite my desire to build a happy family, my marriage did not last long. I got divorced in just 3 years. Then, I got married again to a man who accepted my son. A baby girl was born but again, despite my pledge to make a fresh start, this marriage also came to an end in a few years. My current partner is my third husband and is a divorced father of a daughter and a son. I was filled with a feeling of guilt for not being able to build a peaceful family for my children and hurting them because of my selfish act of repeated marriages and divorces.
This feeling of guilt increased as my children grew older, and eventually I was unable to face them, or to love them from my heart. Because, no matter how I tried not to become like my mother, I ended being just like her, causing the same on my own children.

“Why did I end up like this?” Being uncertain about the future and bewildered, I met MIROSS.
As I attended many programs and learned more and more about the MIROSS System, the question “why?” became clear in my mind. It was as if I was unraveling my own life. Experiences that I have never had before started occurring to me.

When my false belief towards my parents was eliminated…

“Mother’s love” was what both I and my mother longed for. The mother of my mother left her family soon after my mother was born. She was raised by my maternal great grandmother and 3 housemaids. One of the housemaids was so mean that she gave scorching hot milk to my mother. That incident left a burn scar on my mother’s chin. My mother lived her life without knowing the love of her true mother and each time she saw her scar in the mirror, she yearned for her mother’s love, imagining what would her life would look like if she were there with her.
Although different in form, my mother and I have been searching for our mother’s love for a long, long time. Thinking about it now, my mother’s tense nerves may have just collapsed the day she suddenly changed her attitude. My mother, who lived her life without the love of her mother, may have become a “mass” of self-denial, feeling as if she was not loved by anybody on earth, and betrayed by her husband. “So she was lonely, too.” My inner feelings matched up with those of my mother and for the first time, I thought I was able to feel sympathy towards my mother.

One day, when I was talking with my sister about how much I felt lonely because our father did not protect us from the abuse we suffered by our mother, I complained, “father did not protect us from violence.” “What are you talking about?” my sister said. I was astonished when she said, “our father did not come home because he was working so hard to protect all of us.”
I also was told for the first time that our father lost his father and 5 of his 7 brothers and sisters in the war. He never finished high school, and kept working to protect his mother and the only sister that remained alive, and then later our family. Up until now, I blamed my father for not protecting our family; however, the fact was that he was working himself to the bone for us all. It was the moment when my image of men that never protect women, which was created by my wrong belief, collapsed.

When my false belief about my parents was removed by MIROSS System, my memories shifted 180 degrees and the moment I realized that I was loved by my parents, my feelings of hate disappeared. Now my mother thanks me almost every day, making me feel as if the mother I used to love has returned. I naturally have good relationships with my husband and children, too, and I am truly devoted to them. If I did not encounter MIROSS, I would have abused my children, just like my mother did to me. I finally was able to put an end to the tragic drama which was passed down through the generations from my ancestors to my grandmother and then my mother. I am determined to talk about my experiences to as many people as possible. I am convinced that by telling my story to those who are still suffering from past wounds or existing abuses, they will be released from such suffering, just as I did. My hope is that this will inevitably lead to the elimination of abuse from this world.

What did you think about her story? The MIROSS System helped her overwrite painful memories and her hatred of her parents has completely changed to love and appreciation.
MIROSS can provide you with clear answers to the question “why.”