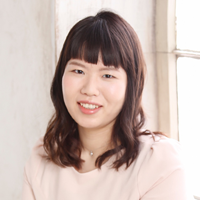 A Cinderella Story – An Incredible Transformation of a Life

There has been an increasing number of young people who do not marry. It is considered a serious social problem in Japan, which leads to a declining birthrate and a reduced population. We know there are various reasons for not getting married, and uncertainty about the future is undoubtedly one of them. The woman introduced here was also one of those unmarried women. She had lost any hope of marrying before she encountered Miross. So, what has caused such a dramatic transformation in her life?

I was born as the 5th child and the only daughter of my parents. I grew up in a “male-dominated society”, and I always considered my brothers to be rivals. My purpose in life was to be accepted and admired by my mother simply by being better than my brothers.

However, no matter how much I tried, academically or socially, I was unable to do anything right. Even worse, I was never acknowledged by anyone.

I was overcome with a sense of emptiness, and I stopped going to school. I began to strongly believe that I was worthless and attempted suicide several times. I was obsessed with dying and disappearing from this world.

My father was diagnosed with cancer a year and a half ago. He then committed suicide as a result. To make it worse, I was totally overwhelmed by a series of difficulties in interpersonal relationships. When I was at a total deadlock, I encountered Miross.

I followed my intuition and turned to Miross for the answer. I took all of the classes that were available to me.

From self-degradation to self-liberation

The more I learned Miross, the lighter I felt, as if I was gradually taking off the layers of “thought” that totally controlled my life. I learned that I was stuck in the following situation.

I did not accept myself

It is because we think that we want to be acknowledged by the external environment to compensate for something missing, so we cannot acknowledge ourselves.

Miross taught me this mechanism. I also understood that we are not recognized by others unless we acknowledge ourselves.

There is no sense to compare yourself to others

After understanding this mechanism, I realized that it is completely meaningless to act on a desire to be acknowledged by others. I was filled with love and acceptance of myself. At that moment, I remembered a series of events I experienced with my parents. This made me realize that I had been loved deeply by my parents. Without Miross, I would have remained obsessed with just one side of what I experienced: that I had not been loved by my parents.

Through Miross, I was able to learn the mechanism of the world and acknowledge myself for the first time in my life – “I’m happy being as I am!”

Once I was able to see myself as a perfect being, I also felt that I could now allow myself to lead a happy life. I had never been able to be so free to live my life. This simply was an unbelievable thing for me as I has totally given up on my life.

When I hated myself, I saw only negative situations before my eyes. But as I began to accept myself, the world I saw dramatically changed. I realized that I really wanted to find a partner, and so I even became conscious of my desire for marriage.

Surprisingly, a few days later, one of my acquaintances introduced me to a man. When we went to the Disneyland less than a month later, he took me to the Cinderella Castle, and asked me to marry him. He gave me an engagement ring, which perfectly suited my finger.

Without Miross, I could not have accepted anything that would make me happy. But once I learned how it works, I was able to accept his marriage proposal. This was a true indication of my transformation.

I am not the person I was a year and a half ago, when I was leading a tragic life without joy – I was reborn as the heroine of the Cinderella Story. My husband and I look forward to our exciting future together.

What do you think of her story? Understanding the mechanism of the world through Miross dramatically transformed her life. The moment she acknowledged herself, a man who acknowledged her appeared. It happened according to the Miross system: everything she was a reflection of what she had felt toward herself.

Once she understood the mechanism of the world, she no longer retreats to her tragic, sad life. With Miross, anyone can changer his or her life.