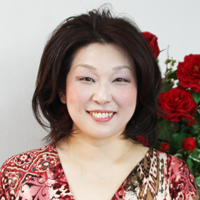 I Have Rediscovered True Love

“I’m tired of this horrible life!”
“I want to redo my life!”
Many people struggle in life, and some actually give up on life, without any hope for the future. However, no matter how complicated life seems, you will be able to find and completely understand the “mechanism” in your life by applying the Miross system.

“Why do I have to put up with so many unreasonable events in life?” I wondered when my life had gone off the rails and so I looked back at my past.

It dates back to a summer day about 40 years ago, when I was in elementary school. I returned home from school and found that my mother was not there. Instead, my father, who was usually at work, was waiting for me. He just told me to gather my things and immediately took me to his father’s home. I remember I felt very lonely sitting in a large room that only had old chests in it.

Some days later, I was told that my mother had been rushed to the hospital that day. I was so anxious as I waited for her without knowing when she might be back. It was the first time that I experienced someone important to me suddenly being gone – and it turned out to be the first of many losses.

Several days passed, but there was no sign of her returning home. One morning, my aunt told me to stay at home, so I did, instead of going to school. I waited by myself for my family to return, and then suddenly, the body of my mother arrived. She was already dead. It was such a painful reunion. I had not been told that she had died from lung cancer.

“Mom!” I cried hysterically, but of course she did not respond.

Around this time, I began to wonder what I had to do to be happy.

The life that I had given up

When I was in second grade, my father married another woman. I was so happy to have a new mother. I was full of hope that I would finally have a happy family with both a father and a mother, but it was just another disappointment. One morning when I woke up, she was gone. She did not get along with my aunt, who also lived in our house, and was forced to leave in the middle of the night. After a family talk, she decided to come back. However, the fights continued, and she eventually left again when I was in junior high school.

It also made me extremely sad that my sister was later adopted by another family, and even worse was that my sister-in-law, who was much younger than I was, committed suicide. My feelings had already surpassed mere sadness and I simply became scared. I started living with a fear of what would come next. I did not know how to handle these hopeless and painful feelings.

I read countless spiritual books and attended self-help seminars, hoping to find happiness, but nothing changed my life. I started thinking, “So there is nothing that can be done with my life”.

We can change our fate.

When I gave up on life, I encountered Miross. Miross taught me that it is possible to change our fate. I felt unfathomable relief to know that for the world I had been looking for actually existed. It was really there.

I was able to understand the “mechanism” through the Miross system, specifically, the reason why I had led such a life. The truth was that I had subconsciously held anger toward my mother. I had never thought of this, but Miross enlightened me. I became aware of the fact that there existed a sense of anger deep inside of me towards my mother, who had passed away, basically abandoning me: “If you hadn’t died, I wouldn’t have led such an unhappy life!” However, I subconsciously suppressed my feelings of anger, telling myself that I should not hate her in such a way. And thus I had tried to glorify my memory of her.

“I’m not loved.” “I should not have been born.” This self-hatred and denial was rooted deep within me and was constantly projected in the world that I saw. The tragic circumstances I encountered just served to make my self-hatred stronger and created an endless cycle of self-denial.

The Miross system clarified the “why” that I had been seeking for many years through the mechanism of my past. Surprisingly, I also became aware of the ironic benefits of being pathetic since this caused people around me to take care of me and not demand much from me.

Thanks to the Miross system, I was able to understand this cycle and clearly recognize that love was truly inside of me. My self-hatred had hid it from me. It was at that moment that my life was freed from the feeling of being abandoned and was completely reset.

I work in a service industry now and to my surprise I have had opportunities to encounter those with whom I had become long estranged. There was a customer, who had been confined to a wheelchair before but now became completely healthy again. Additionally, my colleagues began to have more respect for me, and my manager has given me high evaluations. My life has been completely changed from my “life of abandonment” to my “life where I could regenerate anything”. The Miross system has changed the life that I had already given up and transformed both my past and future. I have been able to start a completely new life path.

What do you think? In the third-dimensional world, humans can only see one of the paired opposites. The moment she clearly recognized the hatred she had kept hidden, she was able to feel the love that had existed as the opposite polarity of the hatred. When she could see the whole picture of her life through the Miross system, she was able to free herself from the negative world she had created for herself. As a result, she was able to conclude the tumultuous journey in which she had been blindly seeking the answer to happiness.

With Miross, you can definitely change your fate!